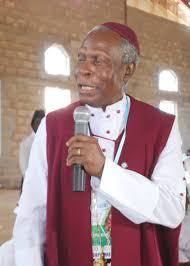 President Muhammadu Buhari has been called upon to seize the opportunity available to him to set machinery in place for true restructuring of the country, otherwise Nigeria is fast sliding towards the precipice and that the nation is already at a boiling point. .

This was the submission in a message to the nation by Supreme Head of the Cherubim & Seraphim Unification Church of Nigeria, His Most Eminence Prophet (Dr.) Solomon Alao, during his sermon on the occasion of the 92nd anniversary of the founding of the church held at Maba village, along Lagos-Ibadan Expressway, Asese, in Ogun State on Saturday.

According to Alao, once the country is restructure to reflect true federalism, and there was equitable distribution of resources of the country, agitations for secession and breakup of the country would cease.

Said he, “I have said it many time and I am saying it again that if we fail to restructure, we (Nigeria) is heading for trouble. Our failure to restructure would affect a lot of things. Investors will not come here; there will continue to be internal strives and this agitations will continue.

“Let the Federal Government conduct a plebiscite or referendum across the country to allow each states and region determine how they want to be ruled in the restructured process. Every state should be allowed to control what it own. As it is, things are getting to a boiling point and the Federal Government must act fast.”

Apostle Alao, who condemn the calls for separation of the country in small units based on secession as being agitated in some quarters, however, urged the Federal Government to urgently address the multifarious challenges confronting the nation like the incessant farmers/herders clashes, agitation, ethno-religious crises and so forth

While commending the President u-led government for working to end recession, Alao also urged the Federal Government to put in place polities that are favourable to all sections of the country irrespective of ethnic, religious or bias.