RESOLUTIONS OF A 3-DAY EMERGENCY CONCLAVE OF THE LEADERSHIPS OF MAJOR IGBO ORGANIZATIONS HELD AUGUST 10-12, 2018 IN ENUGU UNDER THE AUSPICES OF ND’IGBO CONSULTATIVE ASSEMBLY

Preamble
(i) In view of the gathering storms over Nigeria, reminiscent of the circumstances that precipitated the catastrophes of 1966-1970;
(ii) Concerned about the degenerating situation of Nd’Igbo in Nigeria, a body of Igbo elders convened an Emergency Retreat of the Leaderships of key Igbo Organizations at home and abroad under the aegis of ND’IGBO CONSULTATIVE ASSEMBLY to undertake a comprehensive appraisal of the state of the Igbo in the distressed Nigerian union with a view to distilling self-preservation options available to Nd’Igbo;
(iii) Cognizant of the sudden 1966 abrogation of the 1959 Lancaster House agreement – which formed the basis upon which the Federating Regions ceded aspects of their sovereignty to create the Federation called Nigeria resulting in the sudden demise of the Union;
(iiii) Noting the foisting upon us of a false, fictitious, bogus and unacceptable Union sustained through the barrel of the gun and legitimized by a series of imposed Constitutional instruments including the 1979 Constitution and its 1999 reincarnation which were basically an aggregation of the Military Decrees made between the 1966 and 1999 interregnum;
(v) Bearing in mind that these Military Decrees, consolidated as Decree 24 of 1999 (the Constitution), imposed on us a unitary system that foists on us an inverted Federation in which the Center own and control all our major economic assets and the right to work those assets; a quota system that subjugates knowledge to ignorance, all legitimized by the egregious falsehood that “We, the People …” enacted our damnation; thus usurping the sovereignty of the People;
(vi) Aggrieved that this litany of woes were further compounded by the unilateral secession of twelve Northern States which simultaneously imposed Sharia in their contiguous territory thereby unilaterally breaking the secularity of the Union as agreed by all the Constituent Regions while Federating into Independence in 1960 as One Political Union;
(vii) Noting the Country-wide bloc by bloc repudiation of the imposed unitarist Constitutional Order, it becomes clear that the People have revoked those aspects of their sovereignty ceded to the Federation and demands the full restoration of their sovereign rights.
In response to all the above, various Igbo organizations articulated what, in their wisdom, represents the best approach by Nd’Igbo towards self-redemption. Other groups, particularly the pro-independence ones, embarked on more radical agitations towards achieving the same end. In seeking to distil common grounds among the various groups, streamline their prescriptions and arrive at a consensus that will frame a viable response mechanism, this Emergency 3-Day Consultative Meeting involving the leaderships of major Igbo organizations, home and abroad. 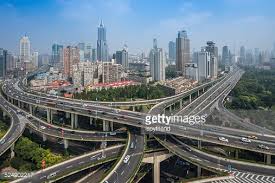 The New Igbo Nation City
The Conclave carefully examined the Public Communications Documents issued by various Igbo organizations and reproduce the following central positions of the major ones.
Ohanaeze’s position as encapsulated in the Ekwueme Square Declaration of May 21, 2018 at p.2 is states thus:
“We demand a Constitutional Conference, backed by a Law enacted by the National Assembly, where the People of Nigeria will agree on a new, truly federal Constitution. a Constituent Assembly should be constituted to agree on a new Constitution for a New Nigeria. Such a Constitution – the people’s Constitution – should be approved by the people of Nigeria through a Referendum to give it legitimacy and validity. Thereafter, the National Assembly should repeal Act 24 of 1999 thereby effectively voiding the 1999 Constitution.”
The Alaigbo Development Foundation, ADF, seeks restructuring within the principle of self-determination of Autonomous Region of ethnic nationalities in present Nigeria. ADF states emphatically that Alaigbo will seek outright exit from the Federation of Nigeria if renegotiation along these lines is not forthcoming. ADF’s position is encapsulated in a memorandum titled “THE FUTURE OF ALAIGBO & THE FEDERAL REPUBLIC OF NIGERIA” dated December 21, 2017 which at p.47 posits:
“A. Alaigbo to exist as an Autonomous Region with all the rights of Self-determination and Self-governance in a new political union with their neighbours in Nigeria, or 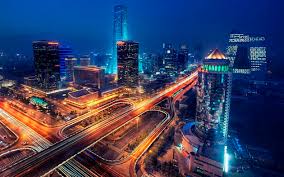 The City of Enugu with Autonomous Region
B. to opt out of Nigeria and establish an Independent Republic.”
A wing of the pro-independence groups frame their agitation as “Biafra Restoration” (IPOB) and “Biafra Actualization” (MASSOB), both seek immediate secession from the Federal Republic of Nigeria.
There is also the Self-Determination campaign by the Lower Niger Congress, LNC, for the Greater Eastern Nigeria, framed as a Constitutional Reconfiguration of the Nigerian Union that will include a Self-Determination Referendum, with an outreach to the non-Caliphate rest of Nigeria, seeking a consensus around the outright rejection of the fraudulent 1999 Constitution as the basis of Nigeria.
After a thorough review of these different positions being advanced by various Igbo Organizations, the Conclave recognizes the two dominant tendencies in Igboland in response to the current Igbo situation in Nigeria, namely:
a. Regional Autonomy (variously defined) within the Federation of Nigeria, and
b. Outright Independence for the Territory.
This necessitates the institution of a mechanism to determine the true wishes of the majority of the People.
It is noted that the two Groups are agreed on the abrogation of the imposed, fraudulent 1999 Constitution of the Federal Republic of Nigeria.
The two Groups are also agreed that no further National Elections anchored on the 1999 Constitution should take place.
ACCORDINGLY, THE CONCLAVE RESOLVES AS FOLLOWS:
1. Given the fact that after more than 50 years of disputes, (since 1967) including a 30-month Genocidal War against the East, the Constitutional Arrangements for Nigeria has remained unresolved, the Conclave recommends that the well-known Constitutional Grievances of Nd’Igbo should now be referred to a General REFERENDUM of the People.
2. Guided by the sad experiences of the monumental Constitutional Disputations in the First Republic between 1962-1965 which birthed the 1966 Military intervention in Nigeria’s Political Arena and the resultant collapse of the Nigerian Federation, the Conclave recommends the deferment of further National Elections in 2019 that will be premised upon the rejected 1999 Constitution and in place of Elections, the initiation of an orderly transition process that will take the entrapped Nationalities from the present precarious reality of imposition, to a stable negotiated future.
3. To preserve Societal Order during the period required to execute the winding up of the rejected Constitutional Order to the institution of the successor Constitutional Arrangements, the Conclave proposes the emplacement of a Transitioning Mechanism that maintains Nominal Governance.
DATED THIS 12TH DAY OF AUGUST, 2018
SIGNED
1. Aka-Ikenga.
2. Coalition of Pro-Biafran Groups
3. Forum for Promotion of National Ethos and Values (FPNEV)
4. Global Igbo Alliance (GIA)
5. Igbo Civil Society Coalition (ICSC)
6. Igbo Leaders of Thought (ILT)
7. Igbo Strategic Engagement Forum (ISE Forum)
8. Lower Niger Congress, LNC (Igbo Caucus)
9. Nzuko Umunna (NU)
10. World Igbo Congress, WIC