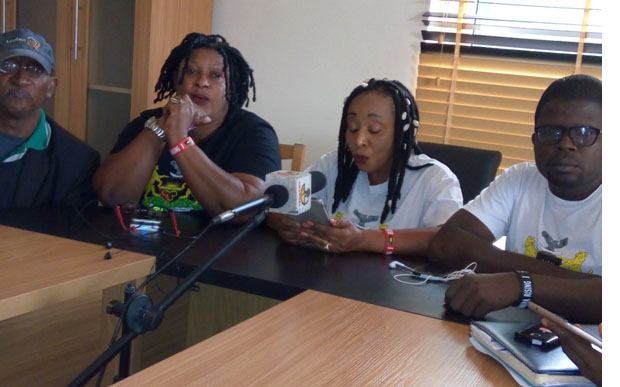 -Press Statement of the Movement of Biafrans in Nigeria (MOBIN)
The Movement of Biafrans in Nigeria (MOBIN) wishes to inform the general public that it has withdrawn its support for the United Progressive Party (UPP).
Earlier this year, the UPP presented itself as the ideal political platform where Biafrans can get good governance in our struggle for freedom. On this premise, MOBIN had worked assiduously, believing that it was building a formidable haven in the interest of Biafrans. This was based on three cardinal principles which Biafrans at this juncture, cannot afford to sacrifice-Justice, Equity and Truth.
MOBIN believes that aside the fact that the very first political experiment involving Biafrans by the party was fraught with fraud and irregularities- the Anambra governorship primaries, the UPP has not demonstrated it’s an ideal party for the Biafran people.
In other Nigerian environments, the Anambra primaries would have been acceptable, but the contest was between two Biafrans and if any of them had won through that flawed process, MOBIN would still have rejected it. This is because the very corruption which had maligned Biafrans in Nigeria was introduced in the process, and as such, is unacceptable.
Accepting it would have been a betrayal of the very principles and people MOBIN had set out to defend.
Before Biafrans joined the party, neither Biafrans nor UPP had any edge in Nigerian politics. The experiment was worthwhile since both parties benefited immensely- while the party soared in popularity overnight, the Biafrans learnt one or two things about politics. It was a worthwhile adventure, and fun while it lasted.
At the moment, MOBIN wants to reassure Biafrans that it is still having consultations and will come up with a better political alternative for this year’s governorship elections in Anambra State.
In the interim, MOBIN will continue to build its structures across Biafraland, and educate Biafrans on the benefits of the political process in the struggle for freedom from Nigeria. Biafrans across the world are hereby advised to be on standby, especially in Anambra State. Be assured that MOBIN shall never compromise your efforts for a pot of porridge. Our position can never run contrary to that on which the Biafran ideology is hinged, and that includes Justice, Equity and Truth.
MOBIN wishes to salute all Biafrans who have expressed great faith in the political experiment, which is beginning to pay off. MOBIN wishes to especially thank Biafran students, who embraced the ideologies and formed the very fast growing Biafran Students Union (BIASU).
MOBIN also salutes Biafrans who for now, appear to be skeptical about going through the political option. Despite ideological differences, MOBIN is convinced that this is the way to go in achieving the freedom that will make Biafra a subject of international law.
Once again, Biafrans should be on standby as our position will be unveiled soon.
God bless you all.
SIGNED,
Rita Eberechukwu Anigbogu,
DIRECTOR GENERAL.