Home Entertainment I was Almost Raped by a Female Fan- IK Obgonna, Actor 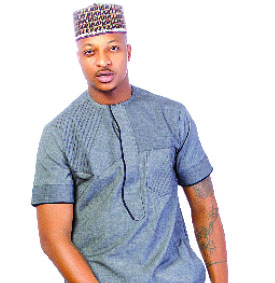 IK Ogbonna is one act that’s taking the Nigerian movie space by storm. Known for his ability to interpret very diverse roles, the thespian emerges as one of the most sought after in the industry.

His role in Agatha Amata’s new flick, Disguise, where he plays a woman with polished fingernails, long brown eyelashes etc.  attests to the fact that he embodies whatever part he’s given.

In this chat, Ogbonna talks about his career, success secrets, marriage and challenges of stardom, among other issues. Enjoy it.

You seem to be quite good at interpreting diverse roles. What is the secret?

At some point I was doing stereotypes, doing the bad boy, fine boy and playboy stuff. And when I get a script, I ask the director ‘is it possible for me to play a part I am unlikely to be seen playing?’ And if it is okay with him, I’ll give it a try. It helps me as an actor to be seen as an all-rounder. I don’t want to be boxed. I am happy I have played poor man, rich man, pastor, mad man and woman and I am looking forward to more. I like the challenges and I like the fact that it allows me to experience different characters.

You’re great in Disguise. How did you pull off your role?

I thank God and the producers for casting me for the role and also the makeup artist who did a great job transforming me into a lady. As an actor, I try to embody whatever character I am given. Thanks to the guidance from my director and the support of my co-actors. It was not all that challenging interpreting the role. However, the only hard part was rehearsing in those clothes, fixing my nails and eyelashes. I almost lost my fingernails in the process. All that was very challenging. The make up was crazy; sitting down in one place for 30 minutes to be made up was kind of crazy. But I am happy I went through the experience and all that.

You are always posting romantic pictures of you and your wife on social media. What exactly does she mean to you?

She is my wife, my life. The Bible says ‘he who finds a wife has found a good thing and obtaineth favour’. So, I think I have found a good thing. If I were to come back again, I would choose her all over again.

You have been married for a while. Is the romance getting better?

Through the years, it has been exciting but the truth is, marriage is not an easy place to be, and anyone who says it is easy is a liar.

You mean you guys do have issues?

We have our quarrels and every married couple does. For my wife and I, we make our relationship more as friends first before husband and wife. I am talking about friends who want to see each other happy. So, we go all out and try to make each other happy. We don’t believe in quarrelling over night, but all those moments will come because we are different human beings. But whatever happens, we have respect for each other.

When you have your fallouts, who apologises first?

There is no pride in our relationship. Like my wife would always say, ‘there is no right or a wrong, it is just two people seeing the same thing from different perspectives’. So, if I think mine is right and she feels hers is right, that situation is not wrong. It is just right from her perspective and right from my perspective, so we just carry on. However, if I do something that is obviously wrong, I don’t hesitate to apologise and vice versa.

You’ve been married for a while now and you only have a son, and in Africa we believe in having big families. What is happening?

I have a daughter already and I have a son from my wife now. I am a very busy person. I don’t spend enough time with my family as it is, so as an actor and a businessman, I am always on the go; sometimes I feel guilty because I feel I don’t give them the time they deserve. I don’t want to bring another child into the world and all the stress will be on my wife. So, as much as possible, I try to balance myself so that when the right time comes, I will know what to do. Right now, she is not under any pressure and I am not under any pressure; we are just enjoying our relationship.

Is your wife not putting pressure on you for another kid?

(Laughter) She wants a girl and is always sending me pictures of half-caste kids on instagram, and they are so cute and sometimes I am tempted, but at the right time it will happen. Right now, we are just enjoying our marriage.

What is the craziest thing a female fan has done to you?

A female fan almost raped me. It was crazy but the good thing for me is that I was at a friend’s place when she started making the moves, and I was recording everything she was doing. So, by the time she got to the point where she said she was going to shout and turn the tables around, I played back what she was doing and she had to slow down. I think that was the craziest thing a female fan ever did to me. Since then, I stopped getting too personal with my fans. I won’t have them come visit me or see me at a friend’s place and all that kind of stuff. I created a barrier.

You are always in the spotlight. Isn’t your wife jealous?

She is also in the spotlight. Every time we go for an event, she probably gets more attention than I do. More eyes are on her than me; so there is no pressure; she is used to it, very matured minded.

What advice do you have for youngsters looking up to you?

Pray to God, identify your true calling and follow it.