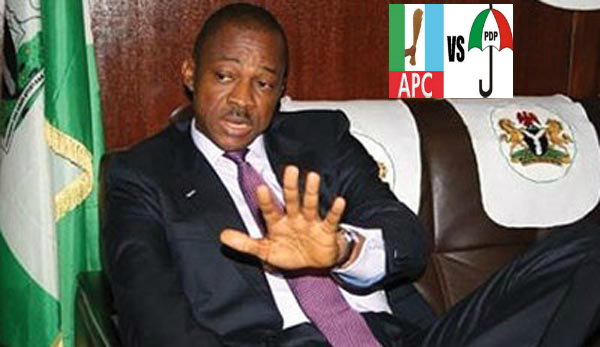 The immediate past Governor of Enugu State, Barr. Sullivan Chime has reportedly dumped the Peoples Democratic Party, PDP.
It was learnt on Thursday night that Chime defected to the All Progressives Congress, APC
His reported defection is seen to be a preparatory ground for an imminent political war between him and the Deputy Senate President, Senator Ike Ekweremadu.
Both politicians had before the 2015 general elections engaged in one of the heaviest political battles in the State as Chime planned to unseat Ekweremadu in the Senate.
The ex-governor later withdrew as Ekweremadu gained the upper hand.
However, latest developments indicate that the former governor has not given up on the Enugu West Senatorial seat.
Late Thursday night, spokesman of the APC in the South-East, Mr. Hyacinth Ngwu announced that Chime had joined the ruling party.
He wrote in his timeline: “Breaking News: Today, His Excellency Barr. Sullivan Iheanacho Chime, immediate past governor of Enugu State joined APC.”
Source Authority Newspaper