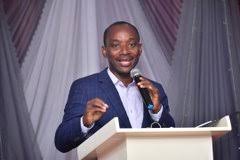 I have read the communique of the Southeast Governors meeting on Security in the region. I am sorry to say that I am not impressed with both the quality of thinking and political will displayed by the document. There is so much hesitation, hedging and prevarication. What does it mean to say open grazing has been banned in the region and security agencies should implement? Who banned if? Which law? Don’t you see how Benue banned it? By enacting a law that makes it a crime to graze openly and create an agency or commission to monitor and enforce. Where is the law?

This communique is almost nonsensical. Apart from committing to the federal government’s failing policy on security what else did it say? There is henceforth “Ebubeagu” headquartered in Enugu to unify all nondescript vigilante and security agencies in southeast. Is that how Amotekun was birthed? That IGP should stop sending IGP monitoring groups and allow CPs to manage security. Is that the expected big ideas for the region?

Sadly, everyday these governors prove IPOB right in saying ESN is our only hope. I don’t want ESN because it is not democratically accountable. I want a state regulated (and therefore democratically accountable) but effective security outfit and structure that will make it impossible for communities to be attacked like in Ebonyi. But it looks like we are condemned to ESN as long as these Governors are in charge. I was already rejoicing that Ebubeagu has come to protect the southeast so there will be no need for a private security outfit like ESN. Now I have read the communique and hereby withdraw my excitement.

The southeast Governors are not out of the wood. They are still in a mental block. Sad.
“No responsible person will put their lives in the hands of Abuja toys in the East”