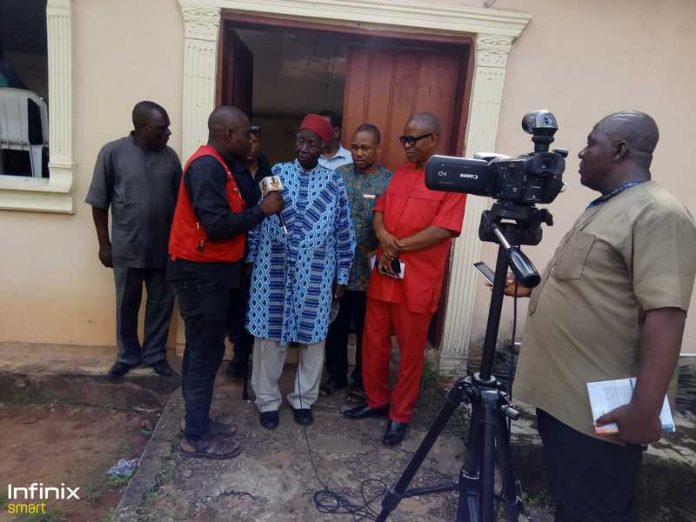 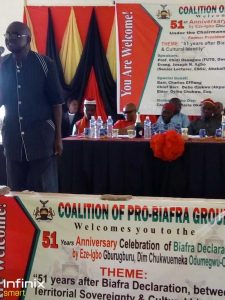 2018 Biafra Day celebration surprised many.BVI Channel 1 online went to the town to gauge the feelings of Biafrans on the street.At Upper Iweka,Onitsha,the road was deserted as traders and travelers decided to celebrate the Biafra day at their various homes.When BVI Channel 1 Reporter asked Okechukwu at Uga road Onitsha why the road was empty and deserted ,he responded thus ; ‘ We no longer feel like we were still part of Nigeria.Today,we wanted to demonstrate to the entire humanity that we are Biafrans’.Okechukwu concluded.Driving around Anambra State on 30th May,BVI Channel 1 can confirm that the three major cities in Anambra viz Awka,Onitsha and Nnewi were ghost -like as a result of Biafra day celebration and sit at home. 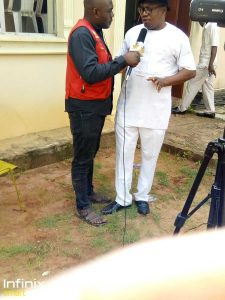 On a related note,The Coalition of Pro- Biafra groups organised an annual lecture on the 51 years after Biafra Declaration between Territorial Sovereignty and Cultural identity at Rojenny Stadium ,Oba .The event was chaired by Dr Dozie Ikedife while many other scholars were invited to the event.Prof Chidi Osuagwu and Evangelist Joe Agbo presented papers.Chief R. Ezeonwuka -The Chairman of Rojenny was part of the event.

The Coalition of Pro- Biafra Groups had organised a candle night prayer on the eve of 30th May at the same venue to pray for the souls of all those who died fighting for freedom. 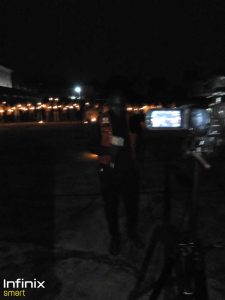 Dr Dozie Ikedife spoke extensively on the unity of all the pro- Biafra groups as the sure way to restore Biafra.He used the opportunity to invite other credible Elders in Biafraland to join the Council of Elders of Biafra.His statement reads in full ‘For many good reasons,i shall not make a long speech today.However,my short message is an appeal.All who are hungry for self -determination for people of Biafra land through either legal process,diplomatic process ,dialogue,consultation,referendum or legislative process should come together and speak with one mind and one voice.Ofu Obi ,Ofu Onu.Remember,Moses led the Israelites out of Egypt ,but he did not lead them into Israel.Joshua did.So is life.Play your role responsibly and leave the rest to God.My appeal is for unity,co-operation and love of one another.Let us show love,not hate,to one another. Njikoka,Onye aghana nwanneya. Anyi bu ofu.  Let us today particularly remember our past Heroes.Also ,remember many other heroes now incarcerated in detention.Heroes who paid the supreme price.For example,Bruce Mayrock,a Columbia University in New York under-graduate who doused himself with inflammable material and set himself ablaze on the grounds of united Nations headquarters in New York.This was to draw the attention of the world to the genocide going on in Nigeria.Remember the Soldiers who died  in the war front,the home front,the victims of starvation,air raids . 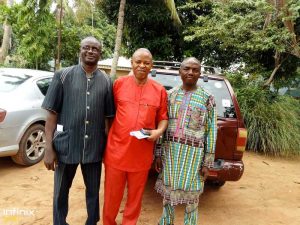 Our other friends like Count Von Rosen who from mere humanitarian consideration,at great risk,flew into Biafran Land several times to bring in relief materials; Caritas,World Council of Churches(WCC) the Red Cross,Medicine San Frontie (Doctors without Borders).Many Countries in the World  like Pakistan,Bangladesh,Czech,Slovakia,Serbia,Montangro ,Croatia ,Bosnia have achieved self –determination and many more are at the brink of achieving theirs.By God’s Grace ours must follow soon.Now it is for us to come together under one common roof while each group follows its method diligently ,peacefully and synergistically within the laws of the land.Many roads lead to Rome. The Supreme Council of the Remnants of the Elders of Biafra will be expanded to accommodate more people from wider geographical space.As the Deputy Chairman of the Council,on behalf of the Chairman,Hon Justice Eze-Ozobu OFR,I hereby invite you to make input by forwarding one or two names of committed men and women for consideration for inclusion into the body of Supreme Council of Elders.A brief Profile and telephone numbers should be sent to cgipob@gmail.com not later than 30th June,2018.The selection should represent and reflect the geography and ethnicity of BiafraLand.Onceagain,i implore everybody and every group to continue to operate peacefully within the laws wherever they are.Finally ,we call on the Federal Government of Nigeria to reverse the wrong labelling of peaceful non –violent unarmed  people as Terrorists.Let them hang that  label on those who truely qualify for that title.May i wish you all fruitful deliberations.May God be your strength.The Statement concluded