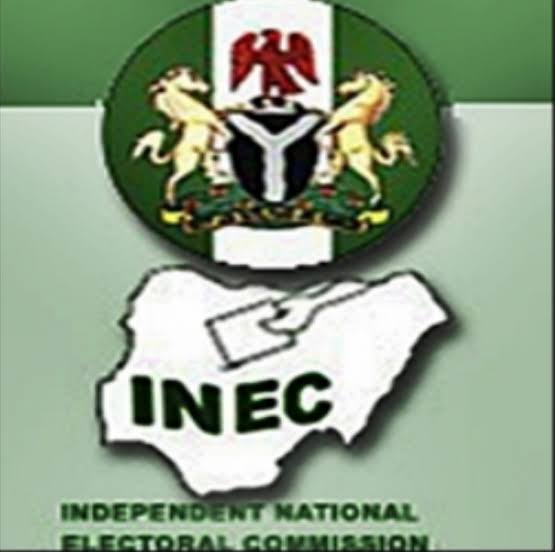 Put together by the electoral umpire in partnership of the European Centre for Electoral Support (ECES) and the International Foundation for Electoral Systems (IFES), the former document contains far-reaching recommendations by the commission under its erstwhile chairman, Professor Mahmud Yakubu, whose re-nomination for a fresh term of five years by President Muhammadu Buhari is awaiting Senate confirmation. The document contains lofty proposals targeted at restoring sanity to the electoral process and, ultimately, inspiring the confidence of the electorate.

Amongst the recommendations are: “continued piloting and ultimate use of electronic collation/ transmission of results for future elections,” and the creation of Electoral Offences Commission and Tribunal with powers to arrest, investigate and prosecute electoral offenders.

Ahead of the amendment of the 1999 Constitution by the National Assembly, the INEC is also proposing an amendment of the constitution to provide for stronger legislation against defection by federal and state lawmakers who jump from one political party to another.

INEC is equally recommending to the National Assembly Committee on Constitution Review led by Deputy Senate President, Ovie Omo-Agege, an amendment of the constitution to transfer the conduct of local government election from the State Independent Electoral Commissions (SIEC) to itself.

On the issue of elected National Assembly and state Houses of Assembly lawmakers who abandon platforms under which they win elections, the commission recommends that «such defectors should automatically lose their seats, except in the case of merger of two or more parties.»

The report under subheading, “Political Parties and Election Observation,» also recommends that «The funding of political parties from budgetary allocation should be restored.” It specifically states, however, that such financial assistance «should not be tied to election campaigns, but for the purpose of maintaining infrastructural facilities and membership registration.»

The report equally proposes an «amendment of the Electoral Act to give the commission more powers to address the issue of compliance and enforcement of internal democracy in political parties.»

Earlier in his remarks, the INEC chairman said «Some of the recommendations that require administrative action by INEC are already being implemented, resulting in improved management of the electoral process as seen in the recent off-cycle governorship elections in Edo and Ondo states. We are similarly engaging with the National Assembly on aspects of the recommendations that require legislative action.»

Amongst the proposals enshrined in the INEC reports, Nigerians are anxious to see how the electoral umpire will negotiate through its recommendations on electronic voting before a National Assembly that has consistently been derided as an appendage of the executive arm of government.

Findings revealed that electronic voting was part of the proposals in the Electoral Amendment Act 2018 passed by the Eighth National Assembly under the leadership of Dr Bukola Saraki and Yakubu Dogara, former Senate President and former House of Representatives speaker.

Apart from other landmark initiatives, the Electoral Amendment Act 2018 provides for the electronic transmission of results from the polling units (to compare with the manual record), the serialisation of ballot papers for each polling unit and the announcement of results in the presence of all party agents.

To the consternation of Nigerians and the international community, President Buhari withdrew his assent and refused to give legal backing to electronic transmission of results. The president had declined assent to the bill four times citing “drafting issues.”

However, findings by Sunday Tribune revealed that Buhari withheld assent to the bill over fears that the proposed law would usurp the constitutional powers of the INEC to decide on election matters, including fixing dates and election order. He equally claimed that the amendment was too close to the 2019 general election.

Indication that electronic voting was on the card of the INEC was given last May when the commission released a document entitled «Policy on Conducting Elections in the Context of COVID-19 Pandemic.” The document, signed by Professor Yakubu, revealed that electronic voting was being mooted as a safety measure to safeguard lives of its staff, candidates and the electorate. The document revealed the plans of INEC to test-run and make “Pilot changes to the electoral process in the light of the COVID-19 pandemic in a bye-election prior to the Edo and Ondo states governorship elections in order to learn lessons where necessary.”

The electoral body said its new initiative was a response “to the growing demand for deepening the use of technology in the electoral processes, including the introduction of electronic voting.”

While defending his commission›s 2021 budget before the House of Representatives Committee on Electoral Matters, Professor Yakubu said INEC would likely experiment with electronic voting in next year’s governorship election in Anambra State. He said: «We’re determined; we are going to deploy electronic voting machines, or electronic ballot machines in elections. Possibly, we will commence with the Anambra governorship elections next year.»

Yakubu further revealed that about 40 companies had demonstrated the benefits of e-voting to the commission, but a decision was yet to be reached. According to him, “the next stage is for the commission to decide. So, it is too early to tell you the cost or when the process will be concluded,» he stated.

The electorate, once bitten, forever shy?

Nigerians, however, have taken the optimism of Yakubu on electoral reform, particularly with the proposed introduction of electronic voting to reduce electoral fraud and rigging, with a pinch of salt, particularly against the backdrop of absence of legal backing to support the initiative.

National Publicity Secretary of the Action Democratic Party (ADP), Adelaja Adeoye, via his official Twitter handle (@AdelajaAdeoye), asked Nigerians to move beyond agitation for the reform of the police and proscription of the dreaded Special Anti-Robbery Squad (SARS) and demand sanity in the electoral process.

The ADP spokesman, who called for #FixElectoralBill, maintained that Nigerians must agitate that the Electoral Amendment Act 2018 which President Buhari declined to sign be resurrected. His tweet read as follows: «Nigerians are not speaking up on a very important matter that is capable of shaping the 2023 elections. I understand that there are various contending issues we are currently faced with. #FixElectoralBill.” Prior to 2019 elections, the Eighth Assembly led by Senate President, @BukolaSaraki, presented an amended electoral act, which solves a number of usual irregularities marring our elections. #FixElectoralBill.

“This bill was not assented to by President Buhari, with the excuse of time frame when it was put before him by the Saraki-led National Assembly was very close to election. After the elections were concluded, till date, the Buhari’s Federal Executive is no longer talking about the bill. #FixElectoralBill.

“The unattended electoral amendment bill by President Buhari was of the Eighth Assembly, and for it to be signed into law, it needs to be re-introduced by this current Ninth Assembly led by Senate President Ahmad Lawan. #FixElectoralBill.

“Nigerian populace needs to immediately begin to engage their Ninth House of Reps and Senate members in their various constituencies to, as a matter of urgency, put pressure on them to re-introduce the Electoral Act, as amended by the 8th Assembly, but not signed into law by President Buhari. #FixElectoralBill.

“The Eighth Assembly amended the Electoral Act which solves a number of problems militating against the conduct of our elections. Having the amended Act passed into law and signed by President Buhari should be our focus because of the 2023 elections. #FixElectoralBill… The essence of having an amended electoral bill, amongst other things, is to further strengthen the ways our elections are conducted, allow equal opportunity for candidates… and ultimately work against ballot snatching or stuffing.

“Calling for #FixElectoralBill will not only benefit all Nigerians, but it will also bring sanity before, during and after the electioneering process, and mitigate against avoidable loss of lives, time wastage, since electronic means of collation and transmission of results will be involved. #FixElectoralBill

“Nigerian youths have been on the streets protesting on a number of issues, the only way some of their demands can be resolved is when they are allowed to elect leaders of their choice and this can only be possible through a fixed electoral system. #FixElectoralBill.”

Though part of what is INEC proposing as solution to the country’s electoral challenge is taking over the conduct of elections at the state and local government levels, investigation by Sunday Tribune reveals that the plan to render State Independent Electoral Commission (SIEC) redundant may be rejected by both the Senate Committee on INEC led by former Kano State governor, Senator Kabiru Gaya and the Senate ad hoc Committee on Constitution Review led by Omo-Agege.

A National Assembly source told Sunday Tribune in confidence that the argument that has gained currency within the Senate Committee on INEC is the unbundling of the commission. The source noted that «the governors would use their lawmakers in both chambers to frustrate the initiative.»

It was however established that the federal lawmakers are on the same page for the establishment of a special court to check electoral offences. According to Sunday Tribune investigation, a Bill to establish National Electoral Offences Commission and Other Related Matters has since passed second reading on the floor of the Senate.

Sponsored by Senator Abubakar Kyari from Borno State, the bill proposes severe jail terms for election offences and violence. According to the proposed bill, anyone found guilty of destroying, snatching or illegally opening a ballot box is liable to a jail term of 15 years.

If the proposed amendment scales through, any person who votes when he or she is not entitled to vote is also liable to an imprisonment of 15 years, just as this applies to any one who attempts to stuff any ballot box approved by INEC or a State Electoral Commission other than a ballot paper which is authorised by law.

In the proposed amendment, a person shall also be jailed for 15 years if without due authority he or she takes over a polling station or he is found in possession of any electoral document outside a polling station.

The bill also targets judicial officers who may want aid and abet electoral crime. It proposes an «imprisonment of 20 years without an option of a fine for a judicial officer or officer of a court or tribunal who is found guilty of corruptly perverting electoral justice, before, during and after election, and if he directly or indirectly receives or accepts for himself or for any other person or on behalf of other persons, any money, gift, loan, property, valuable consideration, office, place, employment or appointment, or promise of personal enrichment for the purpose of giving, rendering, procuring or directing a judicial decision in favour of or against a particular person or party in an election petition or any matter relating to an election conducted pursuit to the provision of the constitution of the Federal Republic of Nigeria.”

Whether or not the bill will scale legislature hurdle is yet to be seen, given the dramatics of most of the lawmakers who love to play to the gallery. But what will interest Nigerians, ultimately if the bill is passed, is how President Buhari will receive it, having rejected an amendment to the Electoral Act that would have brought sanity into the country›s fraud-ridden electoral process. Will he, as he did to report of 2014 National Conference, lock it in a drawer to gather dust? All the answers would be unravelled in due course.