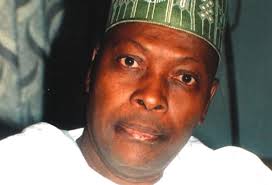 The Northern elder statesman has also accused Buhari of being lopsided in appointments thereby placing his family members, Mamman Daura’s relatives in ministerial positions and other appointments.

According to him, Mamman Daura is the president of cabals in Buhari’s administration

Mohammed in an interview with Guardian said, “It is so unfortunate that Buhari and the cabals have found themselves in the same shoes as their predecessors and it will end in tragedy.

“I say so because those urging them to remain perpetually in power are not doing so because they like them. And even though Buhari has surrounded himself in a very nepotic way by ensuring that all the major appointments were given to his in-laws, nephews and cousins, but I can assure you that when the chips are down, he would be left to cry all by himself.

“When I started talking about the cabal over two years ago, many Nigerians, some of them with the best but naive intentions, thought there was no such thing as cabals. But there is a cabal. Because Buhari has been out of government for many years, he has not been able to update his knowledge in terms of development and events in and outside the country. And because of this and in my own estimation, we now have the least competent, the most isolated, most divisive and arrogant leader in the history of Nigeria. And in a country that is so complex and not so cohesive, this is clearly a disaster, which is where we are heading.

“Right now, nobody doubts that there is a cabal. The de facto president of the country from May 29, 2015 has been one joker called Mamman Daura, who was a one-time Managing Director of the defunct New Nigerian newspapers. He is the head of the cabal and the de-facto president, because there have been instances when the president would give an instruction, he would undermine the instruction and nothing would happen. There have been times policy decisions or appointments would be made and his lackeys – Abba Kyari, the president’s chief of staff, the former secretary to the government of the federation (SGF) Babachir Lawal, who was appointed against all odds, but who remained there because he was in the cabal’s good books, will tamper with it. We all knew how he diverted donor monies belonging to international donor agencies, until they told Buhari in no uncertain terms that he had to be punished. But the others like Mamman Daura and Abba Kyari are sitting tight and taking decisions for you and me, as well as all Nigerians.

“None of them was elected and though Kyari has a letter of appointment as chief of staff, Mamman Daura does not have a single letter indicating that he is whatever he is, but how he came about exercising such enormous powers is what nobody knows.

“There are ministers who have been appointed not because they have any qualifications but because they are related to Buhari. The Aviation minister, Hadi Seriki is his elder sister’s son. Amina Zakari, who works in the Independent National Electoral Commission (INEC) representing the seven states of the northwest zone was appointed even before Buhari came into power through mago mago. It is left to the former president Goodluck Jonathan to tell us how she became national commissioner in INEC. Then there is the minister of Interior, Gen Abdulrahman Dambazau (rtd.) who was born and bred in Zaria. Somehow, and in a typical arrogant and abuse of power, he was turned into a Kano man and given a ministerial appointment, which constitutionally should have been given to a person who grew up in Kano State. Yet, Kano is the only political base Buhari has.

“There are several others. The State House chief of protocol is a son-in-law to Mamman Daura, who is President Buhari’s nephew. Ordinarily, the position should have been given to a senior ambassador. The president’s chief personal security officer is Mamman Daura’s younger brother. Another State personal security officer is another relation of theirs. The ADC to the president is a son-in-law to them. Do you know that the S.A to Governor of the Central Bank of Nigeria (CBN) and the S.A to the junior minister of petroleum resources are Mamman Daura and Buhari’s daughters respectively?

“This is an update of what I started saying two years ago. They now have their sons, daughters, sons-in-laws and nephews as beneficiaries of the appointments made so far. Now, among the people in the cabal, but very powerful and not known is someone called Tunde, originally called Sabiu Yusuf. He is the son of Mamman Daura’s immediate younger sister. He is, today, P.A to the President, even though he has never worked for one day in his life. But a P.A job is normally the work of a full-blown director or a permanent secretary. That boy only got married last year and as I speak to you now, he is one of the billionaires in Nigeria today. Nobody of his age has the kind of money that boy has. So, can that be justified?

“Mamman Daura’s daughter, who is married to one of the Dantatas, is the S.A to the CBN governor. Then Buhari’s sister’s son is also an S.A to Kachikwu, the junior minister of petroleum resources. The chief personal security officer to the president, DCP Abdulkarim Dauda is Mamman Daura’s younger brother. The chief security officer (CSO) Col Bashir Abubakar is also married into the family. The State chief of protocol, Lawal Kazaure, who has not reached the rank of an ambassador, is also married to Mamman Daura’s eldest daughter. I mentioned earlier that the P.A to the President, Sabiu Yusuf Tunde, who is in his 20’s, is one of the wealthiest 20-year-olds in Nigeria. He is also the son of Mamman Daura’s immediate younger sister. She herself is a niece to Buhari. And that is how the country is being governed.

“The national commissioner at INEC is Buhari’s niece. In addition, her husband, who used to be a manager in UBA, died. Now when an opportunity arose, they went and picked the late husband’s younger brother and made him Director General of the National Youth Service Corps (NYSC). He is Brig Gen Zakari from Kazaure in Jigawa State.

Mohammed further speaking on clamour for Buhari’s re-election in 2019 said he was not surprised.

“Personally, I am not surprised that there is clamour for President Muhammadu Buhari to continue and contest in the 2019 poll. Anyone involved in this country’s politics knows that there is absolutely nothing new there.

“Every president we’ve had in this country, every heads of government, as well as heads of state have been told they were special persons, that nobody else can govern the country, and as such they should continue, as such without them, the country couldn’t move on. I am not surprised it is happening to Buhari and I am not surprised he is putting his personal ambition over and above the country’s interest.