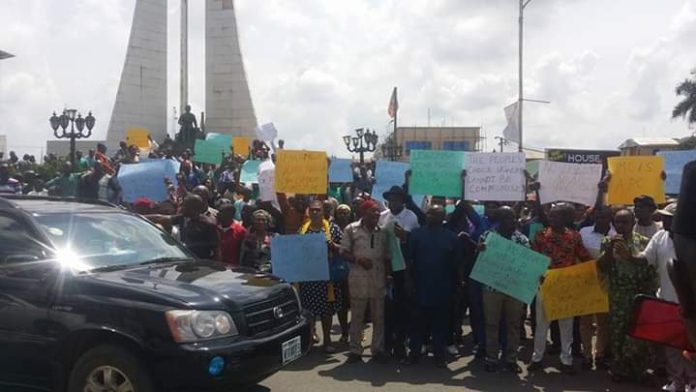 Traffic is currently grounded in Owerri Imo state Capital as Governor Rochas Okorocha, His Son-in-Law Uche Nwosu and their Supporters have grounded the Capital city in protest against the Leadership of the APC and Adams Oshiomole. 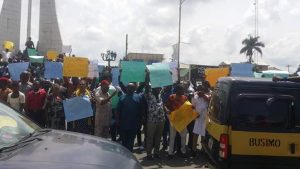 The Governor is protesting against what he described as The high handedness of the Party Leadership in not considering his Candidates for the 2019 Election.