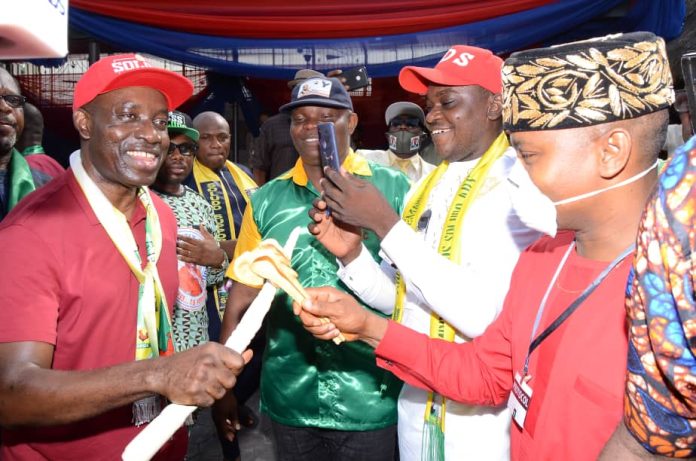 The Chief Returning Officer of the APGA governorship electoral committee panel, Deacon Samson Olalere, said a total of 812 delegates were billed to participate in the election but 795 votes were accredited, while 792 votes were the total votes cast.

Obiano, who is the party’s BoT Chairman, in a speech at the occasion, thanked the party delegates for peaceful conduct during the election, noting that Soludo would win the election all over the 21 local government areas as himself did on 2017 relection bid.

The candidate, Prof. Chukwuma Soludo, described his emergence as divine, assuring that his administration would consolidate on Obiano’s achievement to effect good government in the state.

He also offered hands of fellowship to other aspirants, calling them to reunite and join in lifting APGA, as retaining Anambra come November 6 governorship election would be greater for Igbo nation.

Acting National Publicity Secretary of the faction, Mr Ikechukwu Chukwunyere, in a press conference at Abuja, said Soludo was suspended due to anti-party activities, and announced that it’s factional primary would hold on July 1.