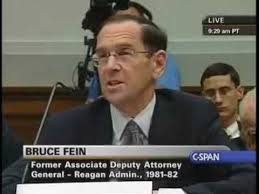 Biafran suit in America: US rejects Nigeria’s defence of immunity
– From Duncan Odey –

In a counter Motion filed on February 6, 2018, the US-based lawyers for the Biafran plaintiffs who brought suit against some Nigerian officials have strongly urged a United States federal court to proceed to trial on the merits, stressing the damning fact the the US State Department has rejected a request from the Buhari-led Nigerian government for the State Department to intervene and stop the suit based on the sovereign immunity defense.

At Page 4 of the 35-page Motion obtained by this reporter, Plaintiffs lawyers stated that “Despite an overture by the Government of Nigeria, the United States Department of State has refrained from suggesting any Defendant is immune from Plaintiffs’ TVPA claims under federal common law or otherwise. Neither has the State Department suggested that any Defendant is a head of state in Nigeria”.

The counter Motion was necessitated by a motion filed by defence lawyers to dismiss the suit based on grounds that included the act of state doctrine, lack of jurisdiction and sovereign immunity. Dr Bruce Fein and associates, lawyers to the Biafran Plaintiffs argued in-opposite that such defenses are not allowed under the Statutes upon which the suit was brought.
Plaintiffs’ counsel also argued that defence Motions are questionable because the defense lawyers are, before the court, fighting amongst themselves as to who should be recognized to represent the defendants.

In the counter motion, counsel to Plaintiffs argued, amongst others, that jurisdiction has vested through service of the summons and complaint by certified international courier on all defendants.

The Suit is grounded on two muscular United States’ statutes – the Alien Tort Claims Act (ATCA or ATS – the Alien Tort Statute); and the Torture Victims Protection Act (TVPA). Both laws have extraterritorial reach, meaning that they allow US federal courts to assert long-arm jurisdiction that extends beyond the borders of United States.

Alien Tort Claims Act (ATCA) provides that ‘the district courts shall have original jurisdiction on any civil action by an alien (foreigner) for a civil wrong committed in violation of the law of nations or a treaty of the United States’. Since 1980, courts have interpreted this statute to allow foreign citizens to seek remedies in US courts for human rights violations for conduct committed outside the United States.

Torture Victim Protection Act of 1991 is a statute that permits civil suits in the United States against foreign individuals who – acting in an official capacity for any foreign nation – committed torture and/or extrajudicial killings.

In the suit, Plaintiffs lawyers argued that ‘The factual case against the Defendants is convincing. The world already knows of the widespread beatings and slaughter of protesting Igbos/IPOB by elements of Nigerian security forces at various locations after Nnamdi Kanu was arrested.

Amnesty International and other credible foreign sources have confirmed those killings and torture’. Those reports were filed in Court. Beyond the latest processes, and at the ensuing trial, Defendants will be required to personally appear before the US court to testify under oath and probing cross-examination that will dwell on the details of the IPOB killings and the complicity of other unnamed Nigerian officials.