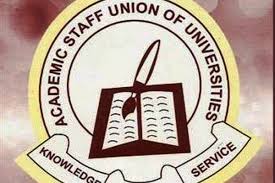 The Academic Staff Union of Universities (ASUU) has said only the Federal Government can end its strike.

The industrial action embarked upon by the union has entered its third week nationwide.

The union said the only way the strike can be called off is for the federal government to implement the agreement it reached with the union and described the current development in the nation’s universities as a mockery of global standards of university education.

The union’s chairman in the University of Ibadan, Dr. Deji Omole, stated this, yesterday, when he featured on a live television programme on the Broadcasting Corporation of Oyo State  (BCOS), monitored in Ibadan.

Dr. Omole noted that the union never shunned negotiations with government but added that the bone of contention is implementation of the 2009 agreement and 2013 Memorandum of Understanding (MoU).

“When you reach an agreement, you must implement it. They just ended the Eid-el-Kabir festival and why are we celebrating? It was because someone promised to sacrifice his son to God. When he decided to fulfill it, God replaced that with a ram and that is why we are celebrating till today.

“Jesus Christ also promised to come and die for the sin of the world and he came and fulfilled that promise and that is why you still have people who believe in his second coming.

“Why will government not fulfill their promises, contained in signed agreements? That is what brings crisis.

“What we are doing in the universities is a mockery of university education.

“Government should pump in money (to the universities) so that we can solve Nigeria’s problems here in Nigeria. If our universities are properly funded, we can conduct cutting-edge researches which can take us out of the recession.

“What we are simply saying is that the federal government should use public funds to fund public education.

“University lecturers and students are not the ones who created recession. The ruling class, through their activities, plunged Nigeria into this recession crisis. Government should stop establishing new universities if they cannot fund existing ones. Universities are not constituency projects,” he rounded off.