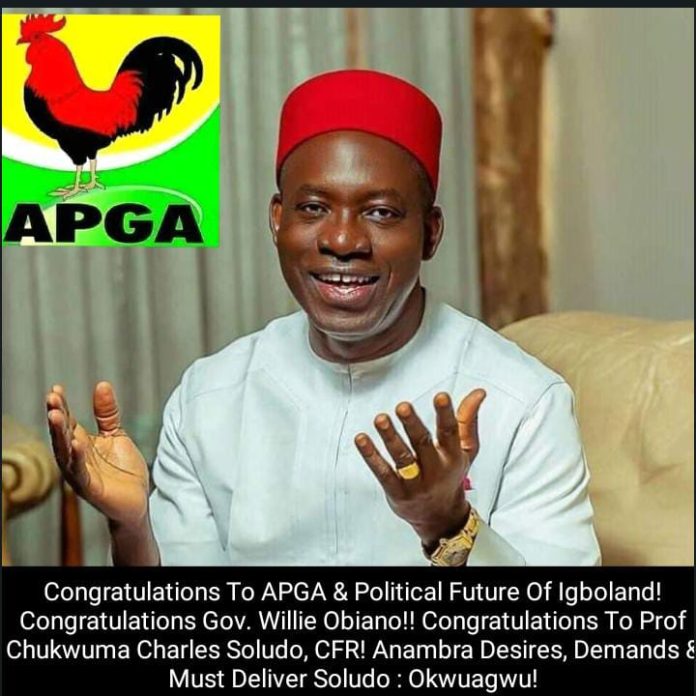 Professor Chukwuma Charles Soludo, CFR, APGA gubernatorial standard-bearer for the November 6, Anambra governorship election has expressed his gratitude and appreciation to millions of his supporters within the country and across the world for their steadfastness, patience, support and unwavering belief in his gubernatorial ambition._

This follows the Kano Appeal Court ruling Tuesday, August 10, 2021 which set aside the controversial judgment of the Jigawa State High Court and unanimously recognized Chief Victor Oye as the authentic APGA National Chairman and also affirmed Cee Cee Soludo as the Party’s validly and legally elected candidate for the November 6 gubernatorial election_

The former CBN Governor, once again, said he remains eternally grateful to all his teeming supporters within and across the globe while thanking them immensely for their continous support for his governorship ambition_