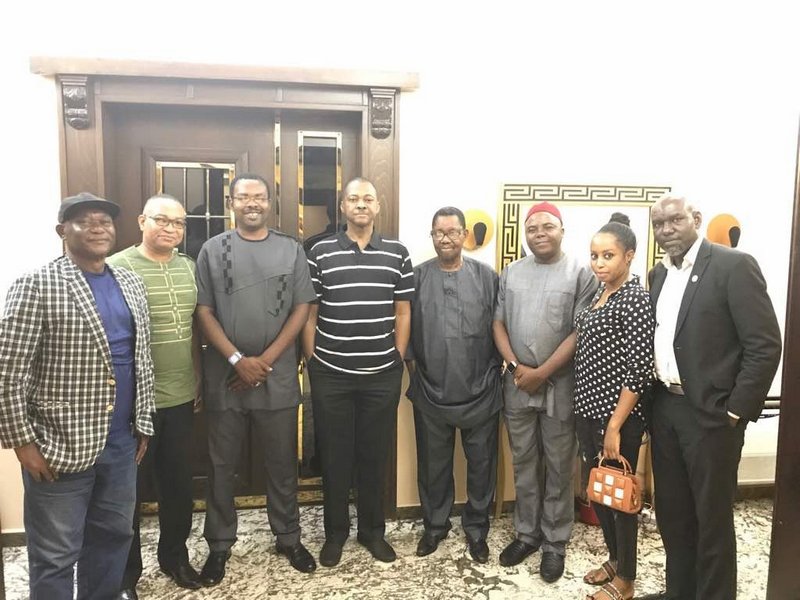 As part of preparations for the coming 4 year anniversary of Alaigbo Development Foundation (ADF), the leadership of the organization paid a courtesy visit to the Former Governor of Enugu State, Barr Sullivan Chime in Enugu.

The ADF team, led by its President, Professor Uzodinma Nwala, intimated Chime on the reasons for the formation of the ADF and its roles so far in the socio-cultural experience of Igbo People.

ADF was established in 2014 by a body of Igbo intelligentsia, clergy, elders,traditional Rulers and Patriots both at home and in the diaspora.

Its goals include mobilizing Ndigbo for effective and active involvement in national affairs, critical examination of the roots of the Igbo predicament, as well as advance the spirit of the Igbo culture and civilization.

ADF will be celebrating its four years anniversary on the 25th and 26th April 2018.

At the moment, preparations are in top gear for a robust and exciting celebration.