Home Biafra News. YOUR VOTER’S CARD IS YOUR POWER 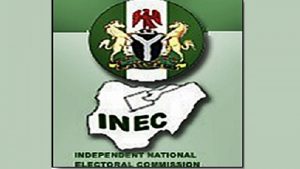 The Independent National Electoral Commission (INEC) yesterday said that it has concluded preparations for the conduct the Anambra State governorship election slated to take place on November 18.

He said:  “We are committed to providing a level playing field for all candidates and political parties. I like to state with confidence that we are ready for the election.”

The REC also stated that the Commission registered a total of 79, 700 eligible voters during the first phase of the nationwide Continuous Voter Registration exercise.

He said the number further increased to 2, 042, 548 between July 24  and July 28, 2017, adding that INEC has approved the devolution of the voter’s registration exercise to the ward level in Anambra State to ensure that all eligible voters in the state were registered before the election.