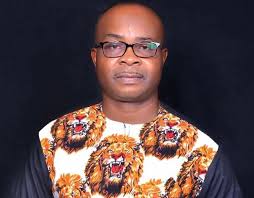 Truth crashed home last Tuesday when 17 Southern governors rose from a meeting in Asaba to place a mirror before Nigeria and bid her to take a look. History will remember this act of courage as the boldest effort in recent times, to save Nigeria.

For so long, the nation’s political class had played the politics of “correctness” while Nigeria slides slowly to a predictable death. Like the famous Emperor Nero, they had fiddled while Nigeria burned. Happily, we all seem to have finally realized that truth may be harsh sometimes but it is better than a soothing lie!

The tragedy of Nigeria is that while a section of the country appears unbridled in pushing us all to the edge of the cliff, the other section plays safe; restrained by the obvious consequences. But for how long?

The dance on razor edge has gone on for two long. The time to stop it has come. We dance on razor edge when against decency, against morality and against equity, we handed the entire national security structure to one section of the country. We dance on razor edge when without justification, we allowed cattle herders roam freely with automatic weapons and slaughter peaceful farmers in their sleep; when we threw open our borders and allowed aliens to move in unchecked; when we conceived the idea that in 21st Century Nigeria, a $2bn railway project to Niger Republic should be a priority when all federal roads in Southern Nigeria have collapsed and finally when we allowed the circle of violence spread until it swallowed Nigeria; until we became clever with language and began to rename dreaded terrorists as “insurgents” and finally “bandits.”

But the resolutions reached by the Southern governors in Asaba offer Nigeria a fighting chance. They represent a rupture in the political architecture of the country which insulates whoever is in power from the shock of Nigerian realities. The governors have bucked the trend. They are finally asking for a Nigeria that represents the collective dreams of the people they lead.

In simple terms; the governors want an end to open grazing in Southern Nigeria, they want a restructured Nigeria and finally, they want a review of the current structure that placed the nation’s security in the hands of a section of the country. Another item which might be easily lost on some people but no less important is the resolution to establish new ports and reactivate moribund ones in other states. This particular item might be the only initiative that will free Apapa and save Lagos.

Truth be told; the Southern governors did not say something new. They merely spoke the language of the people who put them in office. And that is what makes it revolutionary. For when leadership appropriates the idioms of the people, it appropriates their anger, their desire and their fire! This is actually where Nigeria ought to be if she hopes to live another day! The political leadership must listen to Nigerians. Our tears and blood must mean something to them!

Yes; it took a long time of trying, for Nigeria to get to the crossroads. Will it take a longer time to get out of it? May be not. Not if the Northern governors can rise together for a handshake with their Southern colleagues across what has become a killing field. Not if the federal government listens to the cries of the people and restructures the nation’s armed forces to reflect national character; and of course, not if the federal government moves swiftly to convene a national dialogue which many respectable Nigerians have called for. These are simple adjustments which any forward looking society will make for national unity and cohesion. No country ever makes progress without national dialogues, negotiations and tradeoffs. Nigeria must do same. Now!

Our governors have spoken.

They spoke our minds this time!

James Eze is a poet, journalist and PR Specialist.