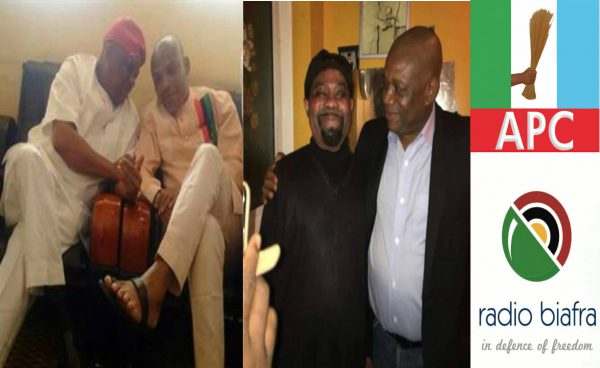 It has come to the attention of the Customary Government of Indigenous People of Biafra (IPOB) that some Nigerian Politicians are jittery over the recent activation of the last strategy to restore Biafra Political Strategy. These Politicians have money, power, media coverage, security and unlimited access to our enemies.
A principal officer of IPOB Customary Government, Mr Ndubuisi Anaenugwu Director – Directorate of Information spoke to BVI Channel 1, saying
“We have none except God and millions of innocent lives wasted during the civil war including the poor masses scattered everywhere in Nigeria and world over. The general public is hereby put on red alert on the activities of the agents of power drunk politicians.
Their strategy is to hire thousands of unemployed youths to engage us on social media freedom fighting. Their operational modus is to use foul languages and threat including throwing stones to silence genuine and responsible Biafrans. From the evidence clearly showing on line revealed that 90% of such attacks are coming from Radio Biafra handlers and their followers.”
He went further to say that the Customary Government of IPOB wishes to inform the general public that the quest to restore Biafra is a divine mandate. No human force can stop or kill an ideological drive devoid of materialism. The public is advised not to be confused by the activities of social media freedom fighters who lack the knowledge and wisdom to appreciate the meaning of freedom fighting.
For emphasis, the last phase of freedom fighting ends with political process. The Customary Government of IPOB has gotten to that stage. This is the time to test our popularity before the people we want to liberate. If we fail, we shall go back to the drawing board. If we win, Biafra wins.
Let nobody deceive you that our quest is personal. The enemies are scared of our intellectual might. Biafrans should count themselves lucky that men of proven integrity, men of greatest wisdom and unparalleled knowledge have come out to restore our indigenous identity.
As a civilized Team, the Customary Government of IPOB has thrown up an open challenge to engage any person, group, organization, Nations etc on an open debate in any platform as per our sacred mission to achieve Biafra.