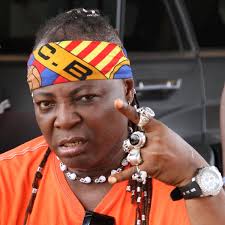 SECURING NIGERIA FROM TERROR: THE URGENT NEED TO INVOKE RELEVANT SECTIONS OF OUR LAWS FOR THE PROSCRIPTION AND DESIGNATION OF KILLER HERDSMEN A TERRORIST GROUP

We are extremely concerned that the survival of Nigeria is currently being threatened by the atrocities of killer herdsmen in the country. On a daily basis, innocent Nigerians are being slaughtered in different parts of the country. In 2018 alone, hundreds of innocent Nigerians have been cut down by this group, and hundreds of communities have been affected by its wanton destructions of human lives and properties, so much so that President Muhammadu Buhari had to publicly declare during his recent visits to the United Kingdom and the United States of America, that Nigeria is under the invasion of killer herdsmen from Libya. It is, however, instructive to admit for effective action and intervention that there cannot be infiltrations into the country by external forces without internal collaborators.

“(1) Where two or more persons associate for the purpose of or where an organization engages in — (a) Participating or collaborating in an act of terrorism; (b) promoting, encouraging or exhorting others to commit an act of terrorism; or (c) setting up or pursuing acts of terrorism, the judge in Chambers may on an application made by the Attorney General, National Security Adviser or Inspector General of Police on the approval of the President; declare any entity to be a proscribed organization and the notice should be published in official gazette.”

Whilst awaiting your prompt action on our earnest entreaty, please accept the assurances of our highest regard.

For: Coalition in Defence Of Nigerian Democracy

For: Campaign For Democracy

Office of the National Security Adviser

Office of the Inspector General of Police