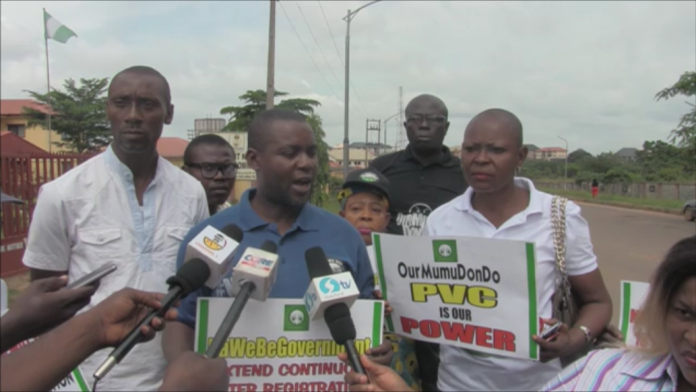 Members of OurMumuDondo Movement Stormed  INEC Offices  today demanding for an extension of Voter Registration .Members of the Movement were sighted at the gate of INEC Office along House Of Assembly Road ,Awka in most coordinated and peaceful manners singing ‘Today ,Today,OurMumu Dondo ,Today ,Today, Vote,NaOurPower,Extend Registration To December….Hundreds of Members were seen  holding placards with inscription : NaWeBeGovernment: EXTEND CONTINUOUS VOTER REGISTRATION(CVR) TO DECEMBER; VOTE BUYING AND SELLING SHOULD BE MADE A CRIMINAL OFFENCE among several other messages bothering on the need for INEC to give the issuance and collection of VOTER CARD a top priority . 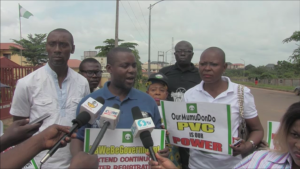 The State Coordinator Of the Movement-Comrade Ndubuisi Anaenugwu told newsmen that suspending Continuous Voter Registration by 17th of August will disenfranchise millions of Nigerians from being part of the next year election.  Comrade Anaenugwu suggested that INEC should upgrade their information technology department to fit into 21st century realities where biometric cards are processed within few hours as in case of Bank ATM Cards, International Passport issuance .Ndubuisi said that Billions of taxpayers’ funds have been invested in the Nigeria Electoral processes to ensure efficiency and prompt service delivery but could not understand the rationale behind suspending Voter Registration 6 months before the election. 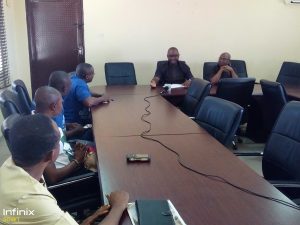 In a demand Letter signed by the Convener of the Movement-Charles Oputa and presented to the Resident Electoral Commissioner, Anambra State,the letter reads in full : ‘’’The OurMumuDonDo Movement wishes to express its utmost dissatisfaction with the move by the Independent National Electoral Commission (INEC), to end the ongoing Continuous Voter Registration exercise by mid-August 2018. We express dissatisfaction at the proposed deadline because we share in the throes of the Nigerian people who have painstakingly tried to register for and acquire their PVC at different CVR centers around them but to no avail for reasons of lack of adequate CVR centers, Inadequate registration officers, and general lack of efficiency from INEC. Aside from a few Nigerians who are being impeded by work schedule, the generality of the populace has been highly committed to the process of acquiring a PVC. In the few active centers and even the rotational ones, the queues have been embarrassingly long but with a little or no result to show for it. In different cities, there are allegations against INEC registration officers receiving bribes from Nigerians before they are registered – in spite of the unsavoury experience these would-be voters have had to endure on a daily basis.  We consider it of paramount importance, therefore, that the mid-August deadline for the registration of prospective voters is reviewed and extended by the commission. We believe, also, that by virtue of PART III, Section 9(5) of Nigeria’s Electoral Act, 2010, which states that “The registration of voters, updating, and revision of the register of voters under this section shall stop not later than 60 days before any election covered by this Act,” the proposed deadline can be moved to December 14, 2018.The proposed extension will indubitably provide millions of Nigerians who are yet to register due to the inefficiencies of this commission to do so. With more than five million Nigerians registered already, there is a high tendency that the ongoing CVR exercise may as well go down in history as the season of the highest number of registered voters in our country. We assure the commission that Nigerians who are yet to be registered are willing and ready to do so provided that the registration centers are available and that enough time is given for registration to take place. The OurMumuDonDo Movement is also willing to engage in further discussions with INEC on how the process of registration can be reviewed and made less strenuous for Nigerians to register for the Permanent Voter’s Card. While awaiting an official gazette from the commission on the extension of registration till December 14, 2018, please be assured of our utmost regards; for the commission and your esteemed office’’’ 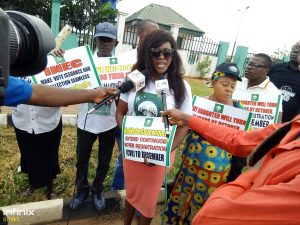 The Resident Electoral Commissioner assured the Movement on INEC resolve to meet the expectations of Nigerians .He announced that INEC has frustrated Politicians who were used to bribing Electoral officers .He pointed out that because of INEC resolve to conduct free ,fair and credible elections, that the desperate Politicians have shifted their dirty politics to buying of votes .He reminded the Movement to go back to the street to educate the voters on the need to secure their voters card.On the Extension request,The REC advised that INEC needed enough time to prepare for a free,fair and credible presidential election.