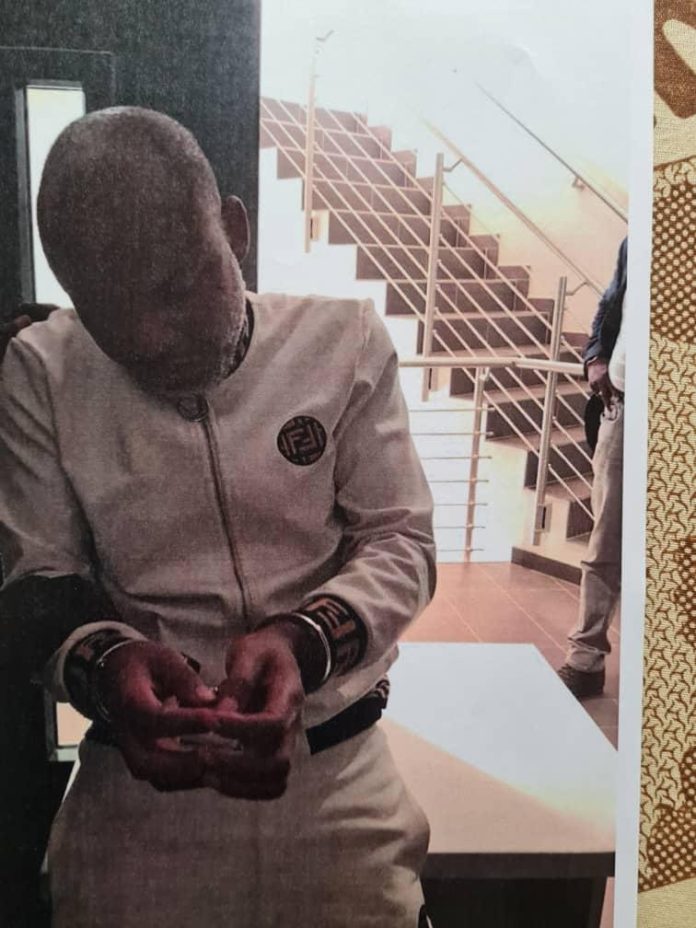 Justice Binta Nyako has ordered that Nnamdi Kanu, the leader of Indigenous People of Biafra, be kept in custody until July 26 2021 for continuation of trial.

The order came following the arrest and subsequent arraignment of Mr Kanu by the Nigerian Government.

The operatives of the Department of State Service (DSS), on Tuesday, produced the Leader of the Indigenous People of Biafra (IPOB) before Justice Binta Nyako of the Federal High Court, Abuja.

Mr. Kanu, who was brought to the court amidst tight security, arrived at the court at about 1:40 pm.

However, all the entrances to the court have been under lock as the hearing in the matter is ongoing.

Earlier, the Attorney-General of the Federation and Minister of Justice, Mr. Abubakar Malami, SAN, announced his arrest to journalists on Tuesday, revealing that Kanu was arrested and brought back to Nigeria on Sunday.

He said the arrest followed a collaborative effort between security agencies in Nigeria and the Interpol.

Malami further disclosed that Kanu would be taken before the Federal High Court in Abuja for continuation of his trial on charges bordering on terrorism, treasonable felony, unlawful possession of firearms and management of an unlawful society.