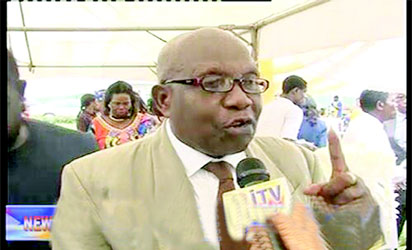 It is madness for a political office holder to seek re-election after four years of total failure, it is madness for political office holders to say they have improve education standard that will compete with advance countries, while their children are schooling Abroad. It is total insanity for politicians to defect to a political party that has failed woefully at the National level, hoping that they will use Federal might and security operatives to impose themselves against the will of the people.

These among others forms part of the opinion of many Nigerians, and psychiatrist doctors have added their voice to the discourse.

Fred Odemwingie Okhomina is among the first generation  of psychiatric  doctors in Nigeria. Okhomina went into psychiatry after his mentor, Dr Adeoye Lambo, advised him to go into it. In this interview, Okhomina, who recently celebrated his 80th birthday, speaks on why he was influenced by his mentor to study that branch of medicine, corruption in Nigeria and the need to subject  political office holders to psychiatric test.

When ask during media interview on his view about Nigerian political office holders undergoing  psychiatric test, his responds was clear and on point.

I buy the idea. I can’t see why somebody should steal 1.3 billion government USDollars, that is a sign of madness. And many European leaders have said that there is something basically wrong with the black man. Why will somebody steal the money meant for road construction, school, for building hospitals and pocket it? Money they will not even finish in five generations! So I buy the idea. This idea came up when Hitler came to power in 1937 and he wanted to make sure that people who were going to rule were not  greedy. The act  of stealing money is greed and it is a form of mental illness. If these people were stealing the money to educate the children of poor citizens, we wouldn’t mind; even then it is still stealing.

Nigeria will implode if we don’t arrest the current crisis