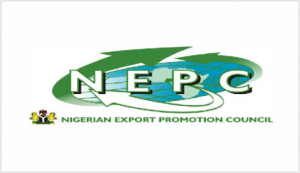 Executive Director, Nigerian Export Promotion Council (NEPC), Olusegun Awolowo, has hinted Nigeria lost more than $100 billion of national export revenues between  2015 to 2017 due to the crash in oil prices.

Awolowo who spoke in Abuja on Wednesday at a roundtable and exhibition on export competency development programme, said, “the recent recession was due to a 30 to 40 billion dollars annual deficit in Nigeria’s foreign exchange earnings.

He said the Council’s goal was to grow Nigeria’s non-oil export revenues from N1.5 trillion per annum to N5 trillion within three to four years and more than N10 trillion over the longer term.

The NEPC boss also stated the Council was collaborating with Centre for the Development of Imports (CBI) to stimulate Small and Medium Enterprises (SMEs) in low and middle-income countries to gain access to the European market, adding that CBI Export Competency Development Programme (ECD) would also offer SMEs the capacity to add value to their products to attract higher margins and ability for their supplies to be more in line with European demand.

According to him, adding value to raw materials does not only create higher margins but also generate more income and jobs.

He said that the collaboration started in 2016 after identifying three sectors – cocoa, cashew and sesame –  as those with immense potential in the European market.

Awolowo said that export outlook in 2017 showed some positive developments.

“In cashew for example, a lot of cashew plantations with jumbo varieties are springing up.

Awolowo added that Nigeria is currently the third largest exporter of sesame after India and Sudan.