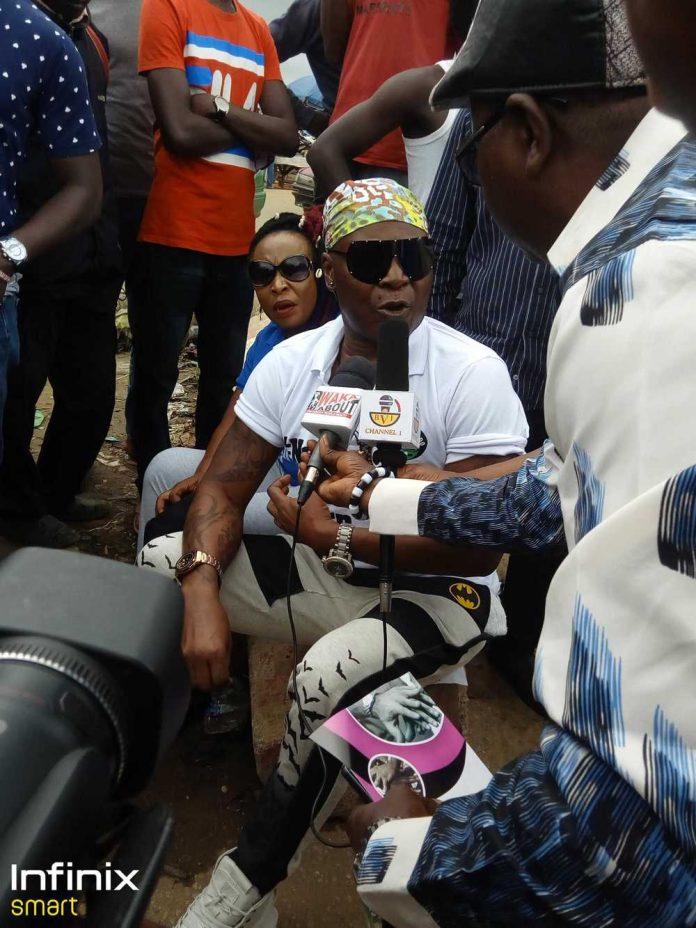 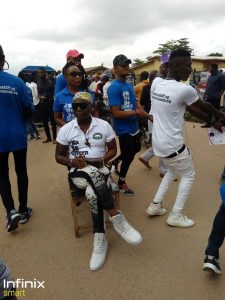 The ordinary people around Abuja satellite communities and Central Areas were excited to receive the President of All the angry and frustrated Nigerians- CharleyBoy  on the street.OurMumuDondo Movement had earlier announced that a campaign -NaWeBeGoverment to return Political Power to the ordinary people will be unveiled to the public starting with a road show and street interactive session today.

The road show around FCT was a great success as thousands of the ordinary people danced to the street to receive the man who speaks their language .In the word of Area Father ‘This is the time to take power from the criminal Politicians and return it to the Poor ,frustrated and organised masses’ 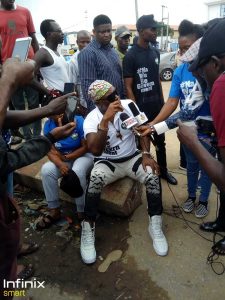 BVI Channel 1 Online reporting from the venue of the event