Home Entertainment l had my first sex at 28 –Asa, singer 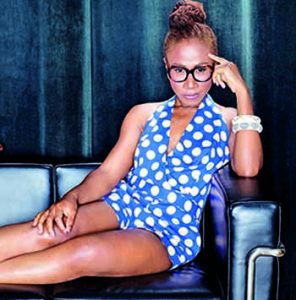 Nigerian-international singer, Bukola Elemide popularly known as Asa, has revealed how she lost her virginity at the age of 28.

In a rare interview conducted by Funmi Iyanda long time ago in the UK, but which was released on YouTube during the week, Asa opens up on her music, sex life, battle with depression and rumours of her being a lesbian. It’s quite thrilling. Enjoy it.

Do you remember the first time you and I sat down to talk in Lagos?

Yes, at the studio?

Yes, at the studio. Maybe almost 10 years ago.

That was the first time you made me cry. You played a song out of the guitar. Can you remember the song you played? It’s so beautiful!

You played the song so beautifully in the studio that day and I cried. I cried because I knew you were going to be really, really big. And from that moment in the studio, you fought the jailers.

Let’s talk about Bed of Stone. It’s an incredible journey from your first album, Asa to Bed of Stone. Bed of Stone is a mature, adult… I mean all the other albums were way above your age. That time you wrote and you sang like a soul has come from some other time. But this particular one was self-assured and mature and adult… who is he?

Actually at that time, he was nobody. It was just a dream, fantasy, just projecting what I wanted. That was a time in my life that I said, ‘okay, if you want to find somebody, you have to get up and go out’. I wasn’t sitting in the house and hoping one day he would open the door (laughter). And so I remember a comedian who made a joke and said ‘girls, when they are in their 20s, they don’t care, in fact they have a list of the kind of person they want’. And I had a list. I want a tall guy. I want him dark and handsome. And then at 25, I started to tweak it a little. I was still a little bit tough. I want him tall. He has to be tall. Emm.. I don’t want no artiste. Then at 28, I said if he is 4ft tall, I am okay (laughter). The twist was that I want him to be 4ft tall, no problem, but he should be able to buy me my shoes and my bags. At 25, I already started buying all those things. I‘ve been responsible for all those things. No, I don’t want a man who I would have to take care of. And then at 28, I called Janet, my manager and said ‘there is a problem’. I also called my mum and said ‘there is a problem’. I told her so many things and she was shocked. I was actually a very late starter and my mum had no advice and the only thing she could shyly say was ‘ehn… it could be painful at first’. And I was like ‘what’s this woman saying?’

Hold that, if I understand you correctly… that nothing, nothing…

Was it because you were shy?

Well, I was shy. I was also very… I was somewhere else. I was in a place where I needed to carry the world on my shoulder. And I needed to be straight. You know, I needed to focus on my career so I wasn’t thinking about that aspect. And of course, I was still siting in the house thinking he would come up and I would say, ‘I’m here for you, I’ve been keeping it for you’ (laughter).

I spoke to you at that time and I saw the pain you were in because people don’t understand you. They don’t see a man with you, so they assume you were lesbian.

And so many stories that you were lesbian, so much that you sued somebody about it, you think you should have let it go…?

Yes, I was like ‘what would Beyonce do?’ she would keep quiet. But that was then… (People were like) ‘You have to do it, you have to do it’. But looking back now, no…

Following Beautiful Imperfection, I heard that tour was grueling, you were performing day in, day out and you were exhausted.

Yes, it was grueling. I didn’t know I was (exhausted) until we stopped. I gave so much. Every night I had to give three hundred percent. I was so naked in front of the people. It took me a while to get back to normal me. It was disturbing, a little bit depressing. I did go into depression. And I then I told the crew and said ‘you know what, it’s better to go somewhere new, somewhere different’, also to write, but really just to meet people, just to see people.

What is Dead Again about?

Well, hold on, let’s play it. I like to listen to it; then you tell me what Dead Again is all about.

I must say you are part of the inspiration for this song. I remember when we sit down at the coffee shop and we would have conversations. I would listen to you talk, and you said ‘it’s like someone picked up the knife and…’ so we all clicked! I sang it with the anger still in me but I couldn’t sing it again. I just couldn’t sing it. This version you have is the demo version. Each time I tried to redo it, I lost the fire. I lost the purpose.

How did these songs come to you? What is the process of writing the songs? They are so different and they cut across such a wide range of human emotions.

Sometimes ‎they come like this and sometimes they don’t. A lot of times they don’t come. And so I have to go to find the inspiration. I have to sit down wherever I am and find it. It’s almost technical; it’s like handwork, like sewing. You really have to go for it.

People think it is just talent, once you have talent, you just sing.

No. It’s something you have to work on everyday. I learnt that the hard way.