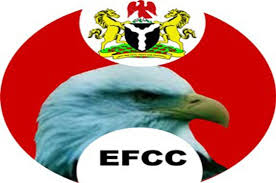 Controversial has  continued to trail the  large sums of foreign and local currencies amounting to about N15 billion recovered by the Economic and Financial crimes Commission (EFCC) in an apartment in Ikoy, Lagos.
A former governor of Bauchi State and ex-national chairman of People’s Democratic Party (PDP), Ahmadu Adamu Mu’azu ‘disowned’ the house at No. 16 Osborne Towers, Ikoyi, Lagos, where the money was discovered even as sacked Managing Director of the Nigeria National Petroleum Corporation (NNPC), Mrs. Esther Nnamdi-Ogbue and Chief Godwin Obla have washed their hands off the large sum.
An online medium  had valleged that the house belonged to the former Bauchi State governor.But Muazu denied ownership of the property. He, however, did not explain why his name was listed as the owner on the website of the construction firm that built it.
Etco Nigeria Limited, a construction firm partly owned by an Israeli company, Electral Limited, prides itself as having built several residential and corporate complexes in Abuja, Port Harcourt, and Lagos, including the property in Ikoyi, Lagos, where EFCC recovered the sums of $43 million, N23 million and £27,000, stashed away in fire-resistant cabinets behind a false wall, on Wednesday afternoon.
According to SaharaReporters, one Akin Oyegoke, who identified himself as the “Media and ICT Personal Assistant” to Mr. Mu’azu called  from London to deny that the former PDP chair owns the building.
“Mr. Muazu does not own any house in Ikoyi except his house at Walter Carrington Street, Victoria Island Lagos,” Oyegoke was quoted to have said.
He also denied that his boss ever lived in the apartment where he is alleged to maintain a Penthouse.
Oyegoke was said to have claimed that Muazu was unhappy about the story linking him with the building.
But when  asked to explain why the construction company listed Mu’azu’s name as the client on the property profile, Oyegoke was reported to have promised to “reach out to Mr. Muazu and get back to us but never did as at the time of publishing this story,” the online media said.
BVI Channel 1  gathered that the house was originally owned by Mu’azu, but he had since sold it.
Mu’azu, former governor of Bauchi between 1999 and 2007 had previously been declared wanted by the EFCC for engaging in massive corruption.
Meanwhile, a statement issued by the law firm of Ferdinand Orbih (SAN) has also distanced  Chief Godwin Obla from ownership of the building where the money was discovered.
The law firm said it client did not own a single building in Lagos let alone  being a resident or part house owner  of the said building.
The lawyer said it was unfair to suggest that  Obla “is the network of affairs involving illicit financial dealings and money laundering…or to be linked with underhand criminal dealings.
“Except to confirm Sahara Reporters role of carrying out the bidding of faces behind the mask, it is befuddling how you could have come by unfounded allegation that Chief Obla, is equally a resident/owner of the building where over $50,000,000 was allegedly found.  Having allegedly discovered  the owner of the building  by whatever  means you did and all that should  have been done remained  to be done  was a little prodding,” the statement said.
It stated that the allegation of Obla’s residency  was a cooked up  tale to create  a mischievous  foundation for planned future character assassination.
“To further lend credence to the above, is the additional narrative of the recent marriage between  the son of Chief Godwin Obla, and Obgue’s daughter. Obviously, an insertion to create a subliminal innuendo in the minds of innocent and undiscerning reading public that there is a pattern of network of affairs  among the names mentioned.”
The law firm demanded a  full retraction of the statement within seven  days or face a lawsuit of N10 billion  “for the monumental injury to the reputation  of the person of Obla and his interests.”
Meanwhile, Justice Muslim Hassan of the Federal High Court, Lagos has ordered that the funds be temporary forfeited to the Federal Government.
Justice Hassan gave the verdict yesterday while ruling on application filed by EFCC seeking for forfeiture of the fund.
The judge, however,  adjourned till May 5, for anyone interested in the funds to show up before him to show cause why the money should not be permanently forfeited to the Federal Government.
EFCC’s prosecutor, Rotimi Oyedepo while moving the ex parte application for the interim forfeiture of the funds,  told the court that no one had come forward to claim it, adding that the staff of one AM Facilities managing the apartment where the huge sums were found could not provide the anti-graft agency with information on the possible owner of the money.
He urged the judge to exercise the power conferred on him by Section 17 of the Advance Fee Fraud and other related Offence Act to order the interim forfeiture of the money to the Federal Government.

Video:Is Restructuring Nigeria Too Late: A Must Watch