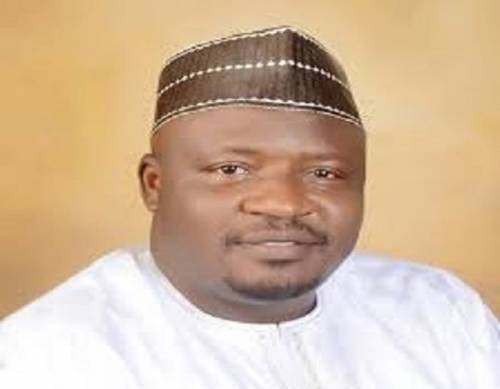 Ugwu who called on the attention of the president, the national assembly, the national security adviser, the director general of Directorate of State Service, DSS, and the international community to prevail on law enforcement agencies to ensure that Sumaila is arrested and prosecuted, added that his statement has “far-reaching implications and dangerous consequences against the Igbos in Nigeria.”

Sumaila, in a statement he issued to newsmen in Kano, yesterday, claimed that no right-thinking Nigerian will support the candidature of any South-East politician vying for the presidency in 2023.

He noted that the extant situation in the Southeast was an indication that the region cannot be entrusted with the country’s leadership.According to him: “With these atrocities committed by the South-East people on record, how can Nigerians entrust them to govern us? I am sure not a single right-thinking Nigerian will endanger his life to support the candidature of any South-East politician contesting for presidency come 2023 general elections.”

Reacting on Thursday, however, the civil society president said the “highly damning statements credited to Sumaila depicts hate speech, inciting statements and malice against the Igbo nation and nationality of the Nigerian state which if not objectively addressed by bringing him to justice is capable of triggering off and heightening justification for demand for secession of the Igbos from the Nigerian federation.”

He added: “In his costly statement, Alhaji Abdurrahman described the whole Igbos as terrorists that cannot be entrusted with the office of President of Nigeria, relying on his prejudicial claims on the killing of former aide to President Jonathan, Mr Ahmed Gulak in Imo state and what he described as activities of unknown gunmen in the Southeast.

“Based on his biased perception and conclusion about the Igbos he posited that Igbos are not capable of occupying the office of President of Nigeria.

“If the opinion of Abdurrahm should be taken serious by the appropriate agencies of the government and the presidency by refusing or failing to bring him to justice, it then means that the president of Nigeria, Senate president and Chief Justice of the federation should resign for coming from the zones where terrorism of Boko Harram, Herdsmen and Banditry have taken over the affairs of life of the people with all the killings on daily basis being treated as a way of national Life.

Apart from the supposed resignation of the heads of the three arms of government of Nigeria for having come from the zones where terrorism started in Nigeria and has assumed prominence of daily business, people from those zones should be permanently barred from leadership of the country in perpetuity, given the harm terrorism which originated from those zones caused and continues to cause humanity and has become a thriving business in the areas.

“In order to avoid the dangerous consequences statement of Alhaji Abdurrahm to Nigeria unity and progress, I hereby call on the Nigeria Senate and House of Representatives to pass a resolution condemning the statement and direct the Inspector General of Police to urgently arrest him and prosecute him appropriately, while the President of Federal Republic of Nigeria, Muhammadu Buhari, should also direct same.If the relevant authorities and agencies of Nigeria government failed to act as it is appropriate, the Igbo people and nationality may view such silence or inaction in this regard as mark of conspiracy against and be compelled to see themselves as being hated by people of the north and as such can seek for their own sovereign state and will be justified for that by God and humanity.”