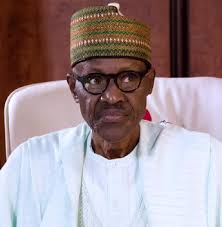 Nigerians heaved a sigh of relief on August 19 as President Muhammadu Buhari returned to the country after 103 days of medical treatment abroad. We welcome him home and wish him good health to continue his service to the nation.

vice to the nation.

The President demonstrated his readiness to resume his duties when he made a nationwide broadcast just two days after his arrival, expressing his views on current events and intimating Nigerians on the way forward.  He stated how he kept in daily touch with events at home from the United Kingdom and expressed his heart-felt views about national unity and the need to fight terrorists and criminals relentlessly. He equally warned against the activities of “irresponsible elements” who might foment trouble. Such people often run away, he said, when things get bad and “saddle others with the responsibility of bringing back order, if necessary with their blood.”

We agree with the President that every Nigerian has the right to live and pursue his business anywhere in Nigeria without let or hindrance, and that it is better to live together than to live apart.  We also support his proposal to reinvigorate the fight against Boko Haram and kidnappers, as well as quell the farmers versus herdsmen clashes.

The president should, however, address other serious issues that have agitated national discourse in recent times.  He should be forthcoming on the resounding calls for the restructuring of the Nigerian federation, which seems to have quickened in recent times. Since the 2014 Constitutional conference, numerous calls have been made by patriotic Nigerians for the restructuring of Nigeria from its present unitary system into a federal system as was originally designed by the nation’s founding fathers at independence, before the military intrusion into Nigeria’s politics.

We think that ignoring those calls has led to even more extreme demands, like secessionist and fissiparous tendencies represented by the Indigenous Peoples of Biafra (IPOB) and other groups in the Niger Delta and beyond.  In other words, while we sincerely appreciate the president’s determination to maintain Nigeria’s unity, the existence of those tendencies is an indication that the unity must continue, like in all countries, to be discussed and mutually agreed on.

The United States, after 250 years of nationhood, continues to speak of the need to achieve “a more perfect union.” The world’s oldest modern democracy, the United Kingdom, witnessed less than two years ago the agitation of the province of Scotland to secede from the Union.  It was put to a referendum.  The union was saved because the secessionists lost.

It is easier to pretend that the agitations are merely the handiwork of “the people who lost in the last election”, as some prominent members of the All Progressives Congress (APC) have said.  It is also easier to institute a crackdown. But, history is consistent that such tactics never resolve difficult national disputes.  On the contrary, history tends to honour leaders who have the courage to face such issues with honesty, sincerity and hard work.

An overwhelming majority of Nigerians want to live together as one nation in peace, unity, equality and justice.  They need the wisdom and patriotism of our leaders to do so.