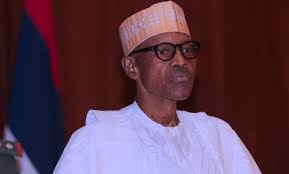 Governor Ayodele Fayose of Ekiti State has described President Muhammadu Buhari’s latest comment that he was pleased with Nigeria’s economic situation as another pointer to the fact that the President has lost touch with the economic realities in the country.

Fayose said, “It is strange that a President will say that he is pleased with sufferings being experienced by his people.”

In a statement issued, on Thursday, by his Special Assistant on Public Communications and New Media, Lere Olayinka, Governor Fayose said it was obvious that President Buhari’s close to three months stay in London had taken his mind off the reality of the economic crises being witnessed in the country.

“That President Buhari, who met exchange rate at N197 to $1 said that he is pleased with the economy when exchange rate is now N370 to $1 is a clear indication that the government is being ran on his behalf.”

“The National Bureau of Statistics (NBS), in its unemployment report for the fourth quarter (Q4) 2016 said 3.67 million Nigerians became jobless in one year and that the number of unemployed Nigerians rose from 7.51 million at the beginning of October 2015 to 11.19 million at the end of September 2016.

“The same NBS, said in its June 2015 to May 2016 National Corruption Report, that over N400 billion was paid as bribes to public officials in Nigeria in one year (June 2015 – May 2016). Yet, they will tell Nigerians that they are fighting corruption when indeed, corruption is thriving under the All Progressives Congress (APC) government of President Buhari.

“As at May 29, 2015 that Buhari became President, bag of rice was less than N8,000, a bag of rice is about N18,000 now, more than 25 states cannot pay workers salary regularly owing to dwindled revenue from the federation account, and someone is telling Nigerians that the economy is doing well? It is clear that the President has lost touch with real economic situation of the country,” Governor Fayose said further.

While insisting that the President was not telling Nigerians the truth on the economic situation of the country, Governor Fayose said, “Even a two year old child knows that there is hunger in the land, Nigerians are hungry, they are suffering and telling them that all is well is like adding salt to their injury.”