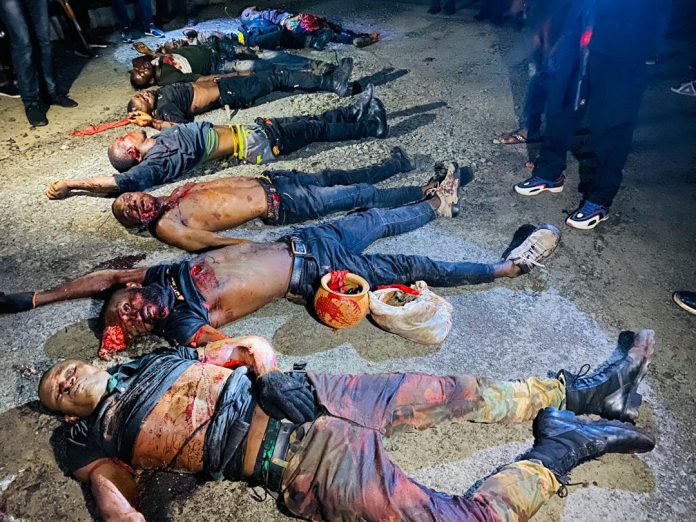 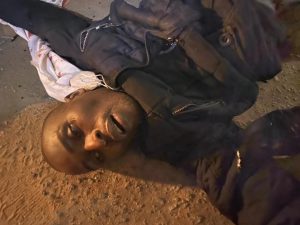 Eight people suspected to be hoodlums operating under the name “unknown gunmen” on Thursday night were gunned down in a gun battle with joint security operatives.

We gathered that the incident which started early hours of Thursday ended at about 9:30 pm with the final battle at Nkwito junction in Orlu Local Government Area of Imo State.

Also, eight vehicles were said to have been recovered from the said hoodlums, as well as sophisticated ammunitions which they used to challenge the joint security forces.

The battle between the “unknown gunmen and the joint security forces was said to have started in the commercial town of Orlu, particularly the banana junction.

The exchange of bullets threw the town into chaos resulting in roadside traders, shop owners, banana sellers as well as motorists, commuters forced to abandon their wares to a safer destination.

Narrating the incident to Vanguard how it started, an eyewitness said: “On Thursday around 08: 15 am, we started seeing some strange movements, that was when the soldiers were trying to locate the “unknown gunmen”.

“Before you know it, from 1 pm, we started hearing shootings and we saw it was between the unknown gunmen and the Soldiers. The firing lasts for more than an hour.

“I saw about two of the soldier’s vehicles taken away by the unknown gunmen. If you see these “unknown gunmen” they are powerful, armed to the fullest. They wore black and black and with white material around their neck and covering their backside down to their leg.

“If you see them you will bow. These men are strong and they have weight. They faced the Army and the Army ran away.”

Also, another eyewitness around the Nkwito junction in Orlu, said: “Thursday night the firing was much. All the vehicles of the unknown gunmen were collected from them. What I don’t know is if all the “unknown gunmen” were killed. I am not close to counting all of them. We were able to get at least eight of them. I think also even some of the members of the joint security forces also were injured. Counting from the time the battle started from banana junction to Nkwito junction.”