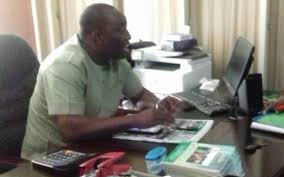 Prof Solo Chukwulobelu
The new appointees who were formally informed of their appointments by the Permanent Secretary,Office of the Secretary to the State Government,Dr Daniel Ezeanwu shall be sworn in at 1pm on Monday March 19,2018.

These appointments follow the same pattern of readiness demonstrated by the Governor Obiano in his first term when he swore in his Principal Officers a day after his inauguration.