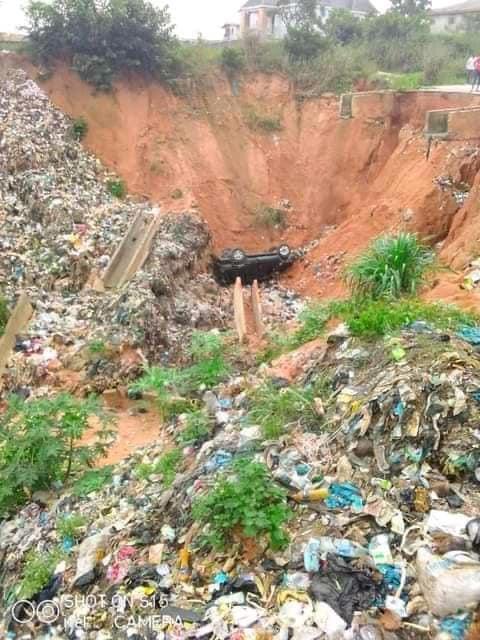 A member of Clean up task force in Aba, Abia State almost lost his life in a ghastly motor accident yesterday . It was learnt that the task force team set up to enforce ‘ no movement order’ by State Government came into a corrosion with a commuter bus.

The driver of the commuter bus ,sensing trouble negotiated a dangerous bend to escape the task force team. Sadly a passenger ,a pregnant woman fell down from the bus and hit her head on the tar road . There were confusion everywhere as youths around the incident thought that the woman had died .Meanwhile ,the head of the task force – Hon Ogbonna Achonna drove off in high speed to escape being lynched by the angry youths. But ,Achonna could not in total control of his steering ,leading to yet another terrible accident- this time ,the car ran into a deep ditch . Luckily ,Hon Ogbonna Achonna came out of his car unhurt .