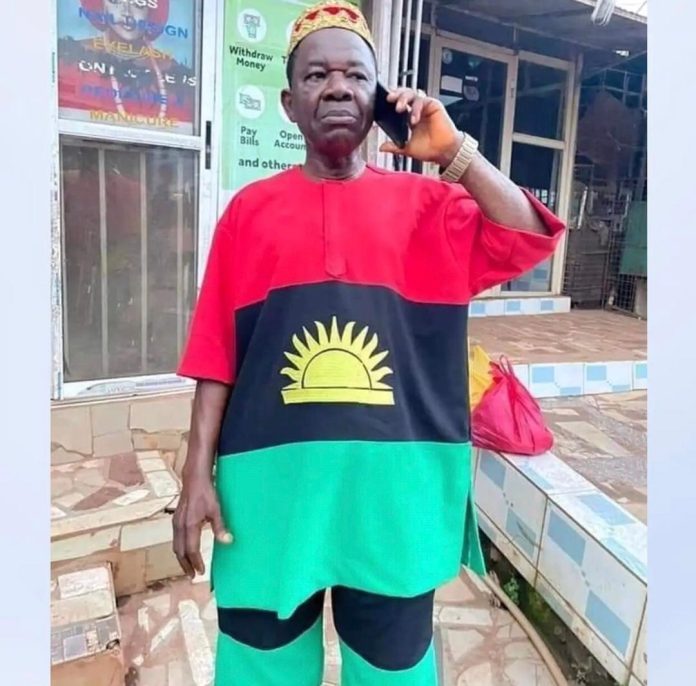 The Department of State Services, DSS has released actor, Chiwetalu Agu who was arrested by the service after he was released by Soldiers on 8th of October.

The news of his final release was confirmed by the National President of the Actors Guild of Nigeria, Ejezie Emeka Rollas.

Chinwetalu Agu’s ordeal began on October 7th when he was rough handled by soldiers at Upper Iweka area in Onitsha, Anambra State for wearing Biafra regalia. He was subsequently taken to their Enugu office where he was later released. His freedom was short-lived as DSS picked him for ‘further investigation’ according to the spokesman of the service.

However, In a statement released on Tuesday evening, Rollas said the guild has yet again secured the actor’s release.
The statement reads: “On behalf of the Guild, I was at the DSS office with my colleague, the Senior special Assistant on Military Affairs and Inter Governmental Relations to the AGN President Steve Eboh to receive Mr. Agu today.

The elated veteran Actor thanked God for surviving the ordeal and commended the leadership of the Actors Guild of Nigeria headed by Ejezie Emeka Rollas for their relentless efforts in securing his release from the detention.”