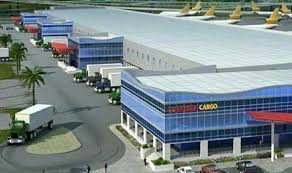 BVI Channel 1 Online had earlier on published a breaking news that the licence to operate an international cargo airport has been dashed by the minister of Aviation .Before publishing the breaking news ,efforts were made to speak with the Commissioner Of Information – C .Don Adinuba and Governor Spokesman – James Ezeh but both numbers were not available. However ,the Commissioner for information and public enlightenment has just  refuted the online news report which has gone viral in a press release, stating that Anambra International Cargo Airport is on course.The press statement reads in full ”As the first commercial plane is scheduled to land at Anambra International Cargo/Passenger Airport on April 30, 2021, to test-run the facilities at the airport, a faceless group of hired propaganda guns has crafted and posted on the Internet a so-called news report alleging that the Federal Government of Nigeria, through the Ministry of Aviation, has refused to give the Anambra State Government a licence to operate an international airport but has rather offered the State Government a licence to run a domestic airport. The scammers attributed the purported decision to the Minister of Aviation, Senator Sirika Hadi, a well-respected captain and administrator.The news report is, of course, false, misleading and mischievous. The report fails to state when the Minister announced the alleged decision, how and to whom. In other words, it fails the basic requirements of a news report. Yet, we are compelled to refute the substandard report because of the anxiety it has created in millions of Nigerians, particularly Anambra people, across the globe who cannot wait to make use of the airport.Anambra International Cargo/Passenger Airport remains an international airport. It will be commissioned at the appropriate time this year. Like any other airport in the world, it will start with local operations, add regional operations later and finally international flights. Its facilities are strong and built to global standards. The facilities are big enough to accommodate the biggest aircraft in the world. The runway is 5.7 kilometres in length and 60 metres in width, the longest and the largest throughout Africa. Its facilities are the most modern in the whole country, and such pieces of equipment as the fire trucks rank among the most modern in the world. It is the only airport in Nigeria with satellite landing instruments. The implication is that planes can land there any time of the day or night.

The Minister of Aviation has been exceptional in his support for the airport. The people and government of Anambra State could not have asked for better cooperation from the Honorable Minister and relevant agencies under his supervision like the Nigerian Civil Aviation Authority (NCAA) whose leadership has never wavered in its praise for the quality of the job done and the commitment of the state political leadership.

A discreet investigation has revealed that the sole reason for the hack writers to falsely claim on the social media the downgrading of Anambra International Cargo/Passenger Airport is to create a crisis between the people and Government of Anambra State, on the one hand, and the Ministry of Aviation and the Federal Government, on the other, which will result in the postponement of the first flight scheduled to land at the airport on April 30, which is a few days away. The mischief makers will not succeed. The first plane to land on April 30 belongs to a worthy son of Anambra State, Chief Allen Onyema, who operates the only indigenous international air carrier in the country.

True, Anambra International Cargo/Passenger Airport may be the fifth airport to be built by any Nigerian state government. But it is the only one conceived and built for international operations. It is the only built in just one year three months.

The people and government of Anambra State are proud that the airport has practically been completed without the authorities borrowing even a kobo from any bank anywhere in the world, even at a time of acute global economic crisis which has seen the United Kingdom, for instance, in its worst recession in 300 years. We are also proud that the state government is up to date in meeting its contractual obligations to all the local and multinational firms involved in the project, despite the declining value of the naira against international currencies.

Indeed, the people and government of Anambra State have a date with history as far as the commissioning, operation and development of Anambra International Cargo/Passenger Airport are concerned. No politically motivated campaign of distraction and derailment against this project can work. Some people are obviously taking partisan politics too far. Certain things should be above politics and treated as sacred even in an election year in the state. Certain politically exposed persons have dethroned reason in the public square in the name of politicking for the forthcoming November 6 gubernatorial election in Anambra State. Our state must always provide a glimmer of hope in governance in Nigeria, in spite of the inelegant conduct of certain politicians and their age”