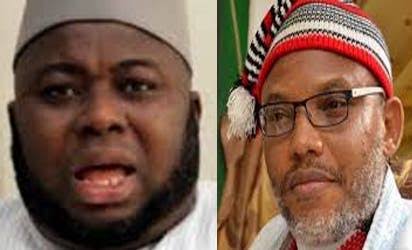 There was a well calculated bloodless coup in the old Eastern region of Nigeria on the 14th of March as all the pro Biafra movements across the globe united and declared the fearless and fiery former leader of the Niger Delta Volunteer Force (NDVF), Alhaji Asari Dokubu as the Defacto chairman of Biafra Customary Government.

Many political analysts and other keen sympathizers of Biafra question have described the entire event as a devastating blow to Nnamdi Kanu who is presently in exile.

In a world press conference organized by the egg heads of the new Biafra Nation and which was monitored by media houses , Asari Dokubo during his address was heard asking Biafrans all over the world the following questions:

Asari further said that these are not Uche Mefor’s doing, these are not caused by Dokubo-Asari. It does not affect us alone. It affects every one of us.

He continued, “Fellow Biafrans, let us ask ourselves this question, simple question:

“Are you happy with Nigeria? Are you sure that you are satisfied with the life we are living? I am not satisfied with this life that I am living. I cannot play a second fiddle to anybody. I am Mujahid Abuakiri Dokubo-Asari, Alabo Edi Abali of Kalabari. I cannot be anything less. Will you want to be something less than what you are?”

Asari’s press conference has continued to generate positive reactions across the board. Millions of pro Biafra supporters have welcomed the new development while few who are still fiddling under the proscribed Indigenous People Of Biafra (IPOB) led by Nnamdi Kanu sees the new narrative as an apparent internal coup designed to further whittle down the influence of their leader.

24 hours after the declaration of Asari Dokubo as the chairman of Biafra Defacto Customary Government, events are changing and discipleship is also metamorphosing to the right direction.

However, all seems to be set in the old Eastern region as a new Biafra leader has emerged.

The people are anxiously waiting to see a new beginning. Something much more different from what they have witnessed in the last 9 years.

DISCLAIMER : Opinion articles are solely the responsibility of the author and does not necessarily reflect the views of the publishers of BVI Channel 1 Online