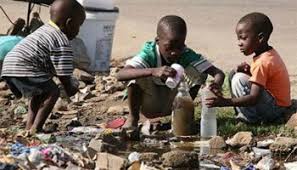 About 12 people have been confirmed dead as a result of a Cholera outbreak, while over 100 others might have been infected by the disease in Mubi town of Adamawa State, a medical official confirmed, on Wednesday.

“So far 12 people have died from the disease and there are many more.

“We have little medical personnel to deal with an outbreak of this magnitude because nurses are on strike,” Dr. Ezra Sakawa, the medical director of the General Hospital for Mubi explains.

Mubi has been the subject of incessant Boko Haram attacks and many of the residents of the community are still struggling with economic realities of life after insurgency after losing nearly everything to insurgency.

With two major tertiary institutions of Adamawa State University and Federal Polytechnic Mubi located in the centre of the city, the infection rate might be expected to go up if the disease is not checked on time but as it stands right now, the medical staff are facing an uphill task in curtailing the outbreak.

Those conditions are ripe for any outbreak of disease, such as cholera, to be deadly on a wide scale, humanitarian workers say.

Mubi, although less affected by the humanitarian crisis, has been attacked repeatedly by suspected Boko Haram militants, killing scores of people.